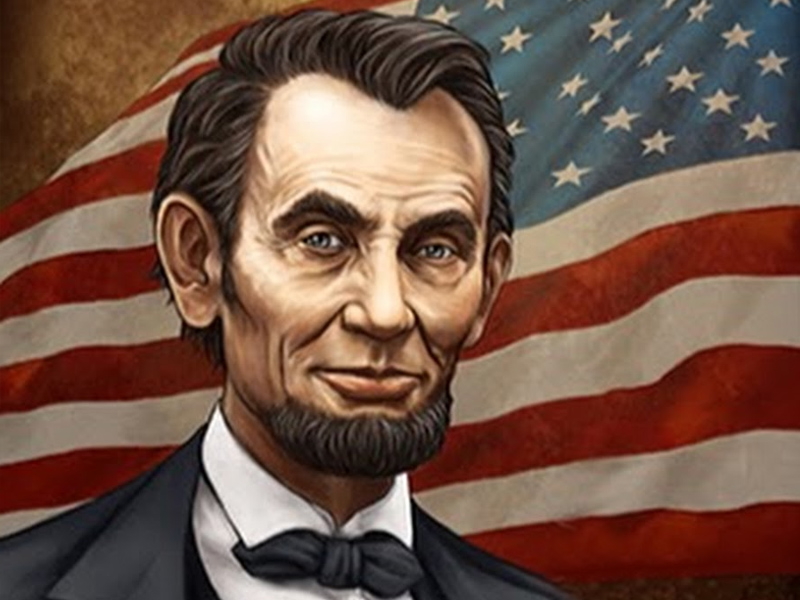 The states of Connecticut, Illinois, New York and Missouri observe Lincoln Day, which is Abraham Lincoln’s birthday, on February 12 every year. On this federal holiday, people celebrate the birthday of USA’s 16th president and honor this great man and his accomplishments. This day is very meaningful for the Americans, considering that Abraham Lincoln was the Great Emancipator who contributed a lot to the American democracy.

Abraham Lincoln was born in Hardin County, Kentucky, on February 12, 1809. When Lincoln was 23, in 1832, he began his political career. His first campaign for the Illinois General Assembly, which he ran as a Whig Party member, was unsuccessful. Afterwards, in 1854, he joined the Republican Party. Lincoln became the 16th president of the United States in 1860. Remaining the president throughout the Civil War in America, he became known for his support of the Emancipation Proclamation.
Abraham Lincoln was assassinated by John Wilkes Booth in April 1865. It happened on Good Friday, when Lincoln attended Ford’s Theatre in Washington DC. One year after his death, in 1866, the first observance of his birthday by the nation took place.
Julius Francis, a druggist from Buffalo, New York, aimed to honor President Lincoln and repeatedly asked Congress to make his birthday the national holiday. Even though now we celebrate this day, it is still not considered federal holiday throughout the United States. It is observed in some states, while in other states it is not a separate holiday but is celebrated in combination with honoring other great presidents of the USA. For example, it is combined with President Washington’s birthday and celebrated on the President’s Day on February 20. Meanwhile, Lincoln’s Birthday is a stand-alone federal holiday in Illinois, Missouri, and Connecticut.

On Lincoln Day, people celebrate and honor President Lincoln. In some states, authorities arrange concerts, parties, and re-enactments for this day. Traditional events include reading of the Gettysburg Address in Washington DC at the Lincoln Memorial and wreath-laying ceremony. Large-scale events are also planned by such organizations as Abraham Lincoln Presidential Library and Museum, Kentucky Lincoln Heritage Trail and Indiana Abraham Lincoln Bicentennial Commission. Fund-raising dinners to honor Lincoln are organized by the Republican Party members on February 12.
Since Abraham Lincoln was a prominent president who did a lot for our country, he deserves to be remembered and honored. Therefore, celebrating his birthday is a very good idea.