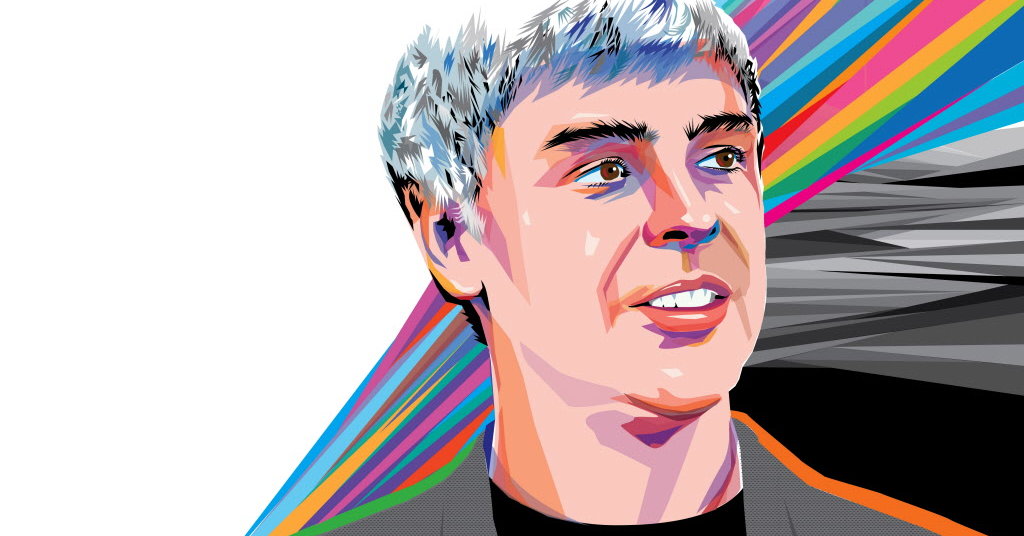 This is a research on LARRY PAGE who is the Chief Executive Officer for Google Company.

Larry Page grew up in Michigan, East Lansing where he was born. As he grew up, he followed his father’s footsteps. His father was a computer guru and he had a Ph. D in computer Science. His mother was a computer professional too. During Page’s youth life, he never believed in religion. Page seemingly grew up in a computerized environment and he got amazed by computer machines at the age of six. In history, he was the first student to submit a class task prepared by Ms. Office. His brother was also influential in his life as it pertains to computers and related machines. As he grew up, he always thought of invention and innovation. He began his exploration of the internet while in the University of Stanford. This included the mathematical concepts of the World Wide Web and its structures in general. Larry page came up with the Google and availed it in the year 1996 in the University of Stanford (Boone & Kurtz, 2009).

Business background and lines of business

Google was made available to the market in 1998. It was run by Page and his co-ally Brin. Eric Schmidt was appointed to be in the position of CEO. Larry Page got his executive post in 2011, April 4th and Schmidt took up the post for chairman. Google was strictly venturing in technology as a business to earn revenue by engaging its factors of production. The main line of Google’s business is advertising. This is done through the mobile, displays and simple content. This has enabled many investors to advance globally as a result of the information support offered by Google. The core business is the provision of information to users by the use of Google tools.

In 2000, Google introduced the first advertising program, called the search advertising program. Accounts were made online for marketers. Marketing sites were also introduced by the click of a button; all relevant information about a product in the market would be revealed. Managing of the accounts was made easy and the proved not only efficient but also effective.

The Display advertising then came up, which was of a more improved design. The coming up of this technique was due to the influence of there being a bright future to the publishers online. Users and publishers can access the displays through the technology in a variety of formats. This has made business easier since results can be measured as the displays are easily accessible hence everybody who is online can benefit from it.

Mobile advertising came up with the invention of the mobile phone which overtook the user friendliness of the personal computers. Users are able to access the advertisements around the world by a simple the click of the button regardless of time. Different mobile phones have their own distinct formats and features but the benefit is universal. The content on the mobile which includes the applications earns the developers revenue.

As a publishers’ tool, online visitors are able access published information which is valuable as it is a source of funding. Many publishers are supported through the World Wide Web services. Pages are accessed by the visiting users on target results after searching. Bureau and marketers acquire advertisements at a fee for large publishing ventures.

The free easy to use tools facilitate local ventures to manage their space on the website. In doing so, they are able to be recognized and in turn help them to grow. Through the Google map helps to find the existing services and products of a particular business that exist on the Google places. The occupants can also edit information relating to them by adding, deleting or altering the available information. By doing so, businesses are able to identify a target market. This is facilitated through photos, institutional posts and videos.

Enterprise business has been achieved since the invention of the Google search appliance technique. This was made possible in 2002. This technique has been beneficial to more than 4 million ventures. It is user friendly to commercial institutions. Users can access information at any time regardless of where they are. It also facilitates sharing of data and documents through the use of e-mail.

Google as a technology is improved constantly through the Information Technology section. This is done through making new set ups hence costs of institutions are reduced. Security of Google products is enhanced and satisfactory. The security patches of companies are thereby put into consideration.

Industry associated with his business

The company ventures in the internet information Industry.

In order to counter the dynamic world, Larry Page was forced to engage his entrepreneurial skill and knowledge and came up with new technological ideas that would help him not only to survive but also conquer the market. His analytical skills enabled him to achieve this objective. In collaboration with other software developers, Page managed to build new software that met the prevailing market demand in the industry such as Twitter Google, G-mail Google, Amazon Google and Face Book Google. This made him an engineer and/ or technologist entrepreneur.

Stiff competition from other growing web companies such as Microsoft and Apple, influenced him into engaging into and upholding sales and marketing so as to retain the already existing customer base and also attract new customers. Marketing was and is still being done through advertisement which is major.

The staff at the time was also increasing rapidly to meet customer demand. In turn, training had to be done so that the employees would be competent. He upheld communication and under his reign, it was to be had to be vital in managing the broad employee base. In addition, the growing amount of assets still had to managed and managed by him with the help of the board of directors.

The major setback that Larry Page experienced was competition which was immensely stiff from his Company’s rivals. Many users opted to make searches on other interactive sites such as Yahoo mail. Customer loyalty no longer existed at the time. However, Larry’s entrepreneurial skill enabled him to realize a new business opportunity. He decided to ally with his competitors and even able to come up with the site, Google G-mail. Hence the World Wide Web became feasible both to the users and the system developers. By doing so, Larry Page had embraces change, planned for his work and in turn worked for his plan.

Motivation that might have led Larry Page to venture into entrepreneurship

Generally considering Larry Page’s achievements, his desire as an entrepreneur was principally inspired by the inner drive to come up with a new product. The craving for wealth accumulation, independence in finance and the longing for his self sufficiency also seems to be a contributing factor. Him being an entrepreneur, he helped the company rise from scratch in collaboration with his campus friend Mr. Brin. Furthermore, Larry Page may have had an internal locus of control which was his excitement for his and the Company’s recognition as an entrepreneur.

Strengths and qualities that I admire about Larry Page

Being a risk taker and achieving his entrepreneurial goals, Larry Page is a great admiration. He is intelligent and industrious hence his achievements show that he has gained from the utilization of his foundational skills. It is vivid that Google’s success in business is high on various measures. Google is evidently profitable with a satisfactory percentage on growth in its revenues during its financial year hence achieving self sufficiency. The customer base has also risen over the years of functioning. Valuation is done on revenues, customers and its profits in its financial periods ended. Business growth and its reputation alongside monetary rewards are also put into consideration. In addition, factors such as personal satisfaction are also an admiration. Experience, focus, technical knowledge, good employee management, good communication skills are also a success and a contribution to my admiration

The position that Larry Page holds in the Business Life Cycle

Google is at its maturity stage which is the 4th stage o the Business life cycle. Google is currently able to survive on its own due to its stability in the event of an unanticipated event. The company has the ability to pull through since it has substantial cushioning from its support and equity in case there is instability in the market. With this, the company can reorganize its plan of management by either getting rid of a product line and substitute it with another or getting another plan.  Although, if the market declines, the company may sail through but there may arise a back-slide in the profit. With that the venture, the venture cannot go down in history as a business failure.

Where do I see Larry Page in the next five years?

In my view, the Google as a company and Larry Page have already actualized in line with the strategic plan. In the next five years, the company will be a non-profit making organization.

Is this a success story?

This is a success story based on real evidence as the entire process comes out clearly with fully evidence that illustrates the success of the system.