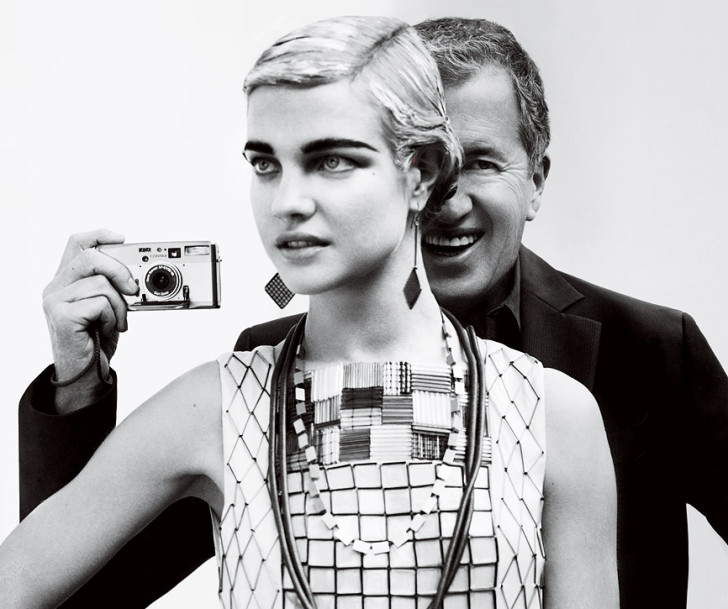 Mario Testino is a famous photographer whose family resided in Peru where he was born on 30th October 1954. They lived in the middle social class and he was the first born in a family that consisted of eleven siblings. His father was Italian and his mother was Irish. His ambition was to be a priest. Before deciding to pursue a career in photography, his interest was fashion though he lacked the talent to draw and design the different kinds of fashion. He was enrolled in five different universities before his father who was a businessman assisted him on settling on a career in photography (Dean Gallery, 2007).

When he was 22 years, he moved to London in 1976 to study a career in photography where he started selling photos to people who aspired to be models together with human hairs and other make-up products. Mario lived in a deserted flat meant to be a hospital and the floor was rough since the constructors had not completed the building. He did not have much money and sometimes did not eat and would walk to work since the buses demanded for fare. His optimistic nature of living gave him the strength to move on and have a hope that the following day, he would be employed somewhere. Therefore he worked as a waiter to meet his primary needs and often took pictures of his workmates.

Photography for Mario allowed him to get into a related field to fashion. He adopted the trademark Peruvian since he deals with great clients and celebrity personnel. He had his personal style and magazines that dealt with top fashion started offering him jobs all over the world. In 1997, he took a photo of Princess Diana who was the cover model of Vogue magazine. This made him an icon. He later took photos of celebrities like Angelina Jolie, Britney Spears, Lady Gaga, Madonna and Kate Moss. He still works with Princess Diana’s sons, Princess Harry and William.

Mario has fashion designer clients like Burberry, Michael Kors, Versace, Gabbana and also Dolce& Gabbana. Mario said on Fashion Influential Magazine (2008) that “work is his life and so long as the person he is taking photos of are interesting, he enjoys doing it. He makes the person more important than the whole concept, reason and lighting involved.” In 1999, Mario published his photography book called, “Any Objections?” that contained many images of his past work. In 2003 he also wrote another book called “Portraits” alongside an exhibition called The National Portrait Gallery.  In 2005, he gathered all his works with Princess Diana and opened at a palace in Kensington town.

On an interview with CNN entertainment in 2007, Mario said that,” other than fashion photography, he also enjoys journalism because in taking pictures at the particular moment that a certain event occurs, one is able to document the event and happenings exactly the way they are. He describes it as “writing with light” because looking at them seems like no energy was used.”

His style of lighting is hard for many photographers but in real sense it is simple. Most of the lighting comes from the backlight and also incorporates the shadow. Lighting is his secret to good pictures and this works out in bringing glamorous and very beautiful objects. He loves his work and has always insisted that he is in photography for an indefinite number of years.

The preference of Mario to produce coloured pictures is because his main objective is to create an impact on the meaning that was intended. Black and white would not bring out the emotions that the observer is supposed to get. According to Jayne Arundale (2010), Mario says that the different shades give a deeper depth of the images he produces. Black and white would require much more knowledge in Photoshop to look brighter and good since he uses colored photos and to convert them to black and white is easier as one gets a clearer picture of the real thing.

Mario’s outstanding work has won him several awards and various recognitions. For instance, he won the Rodeo Drive of Style award. He has run several charities and this has made him to be recognized. One of his brothers died of cancer at the age of ten and he decided to become an ambassador of Save the Children. In 2007, he constructed a clinic that would help children who were affected by an earthquake in his home place, Lima. The charities have enabled him feel that his ambition of being a priest still is there since he does that from deep down his heart as if it’s an obligation he ought to do.

Jo Craven (2008) says that many people love his work because his pictures are always on poses that are sophisticated showing what is really there.  Mario produces images in a way that will not reflect sadness, fights or conflict and also nervousness in the models. Celebrity photos are mainly when they are from evening parties and therefore jewelleries and fancy evening dresses makes the photos brighter. Backgrounds of a wall or furniture like a couch are used to bring out more from the models in the photo. This enables people view the celebrity or model as an individual without the celebrity aspect.

My favorite images are of Princess Diana that was done on March 1997 before her death.  These images have since been displayed in an exhibition later in 2005 at Kensington Palace. They were meant for Vanity Fair that was on a month before her death in August. The images bring out the woman she was in a very relaxed manner on the sofa with smiles and a feeling of love and intimacy. Previously, no one had seen her as a confident princess but in the photos, they show her as a bold lady behind the smiles. One can read about who she was from the photos as they are displayed. Mario has developed the display in a fashionable manner bringing out different emotions. They bring out the Princess she was not only as Princess of Wales but of the whole world.

British Vogue Magazine (2010) reveals that Kate Moss and Mario Testino have had a rather closer relationship and have known her for over twenty years. They have worked together to bring out a high stylistic level in the fashion industry therefore viewed as the leaders. According to Mario, they met for the first time after Kate participated in a show at a Galliano where he went to congratulate her for the good work she had done at the backstage. He encouraged her since she was disappointed and was crying for since the show she had modeled one dress only.

According to Alicia (2008), Mario and Kate started a strong friendship between them as he assured her of lifelong success in the future since she had the potential. He used the example of a perfume whose drop does not stay for a short while but lasts for a whole night. Her inner confidence grew and believed and today she is a glamorous model. Kate recognizes that her self esteem as a sexy model was drawn out by the recognition by Mario. She has appeared on so many covers of various magazines and this led to the idea of writing a book together which was launched on 23rd July 2010.

Since they started working together, Kate was only fourteen years and today, she is  celebrated as the best model and many young aspiring models look up to her as a mentor. In 1996, she won an award as model of the year that was sponsored by Vogue Magazine. Her life as a model has not been smooth as in 2005 she was captured in the Daily Mirror supposedly being accused of being involved in drugs. The newspaper claimed that she was taking cocaine and this made so many of the campaigns she was involved in desert her as their model since this would be a bad image to the public. Burberry, Chanel and H&M that belonged to one of her closest friends denied her any further contracts. Mario denied the fact that she used drugs.

Mario brought out another image of her in an exhibition in 2010 after she won the British award as the model of the year in 2006. The exhibition, “Kate Who?” is a full exploration of who she is and her life since they met. Among all the collection of photos with Mario, 1500 copies are the ones that appear in the book. They have been packaged after being signed by the designer.

Mario is and will remain to be a great photographer. He has a personality of making one change the negative view that they may have about themselves. Using his magic of taking the images and making them look glamorous, he is an icon and a mentor to many aspiring photographers.