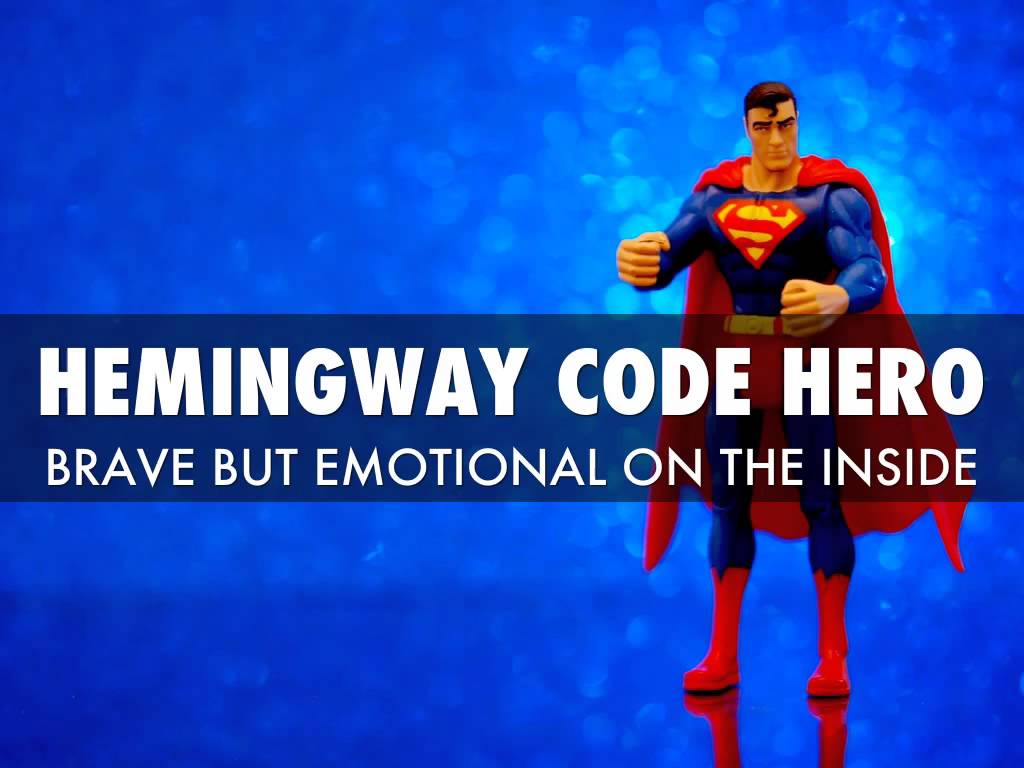 Jake Berners is a Hemmingway code hero because of his courage compared to other characters in the story. This is because he is portrayed to have been a participant of the Great world war that eventually emasculated him. Barnes is a hero since he courageously fought the war and the pains of being disfigured by the war. Although Barnes is hurt after the war, he is determined to live like any other human beings. He fully gets back into the society and allows himself fall in love with Brett.

Barnes lives with a lot of pain caused by the war in that his genitals are injured.  This means that he cannot live like a normal man and enjoy a love life. Though they are so much in love, the two cannot enjoy their love as the lady is lustful and sexually active. Therefore, Brett seeks other men who can satisfy her sexually since Barnes cannot. This hurts him a great deal, but he is demand to live like any ordinary person. Barnes is a true Hemingway hero because he is determined to live with grace and dignity in spite of the emotional and physical wound that he has.

Another aspect that proves Barnes ability to be the Hemingway hero is that he is fearless of his emotional situation. When Brett, his lover jilts him for other men, he remains calm and determined to live.  Although he engages in heavy consumption of alcohol, he does not despair, but struggles to move on with life. Jakes shows his determination and courage when he tells people that he is ‘sick’ (Hemingway 21).

The First World War leaves him impotent since his genitals are injured but he is not fearful of the situation though he declares to the people that he is sick, he still clings to life. Despite the people’s knowledge about his impotence, he fearlessly lives. It is obvious that he experiences insurmountable pain due to the loss of his manhood, but he does not give up on life. Had it been some one else, may be he could have committed suicide as most men would because of despair. Instead, Barnes proves to be a hero as he knows that life is more than having sexual pleasure.

He is also a Hemingway code hero because he is able to live despite the aftermath of the First World War. Explicitly, he is going through a lot of pain due to the harsh realities of the war. He is fully aware that he cannot get involved in a serious and fruitful relationship because of his impotence. Even after Brett leaves him for failing to offer sexual satisfaction, the hero is still strong and has hopes about his future. As a result, he battles with these bitter realities to uphold his dignity, grace and his moral values.

He even undergoes evaluation and assessment of his values in order to maintain his dignity and grace. In fact his wound arouses a question about his values in him. He therefore argues that “All I wanted to know was how to live in it. Maybe if you found out how to live in it you learned from that what it was all about” (Hemingway 205). Regardless of whether he succeeds or not in his evaluation and assessment of values, he tries his best to uphold dignity after the war.

To experience his own peace, he indulges in alcohol consumption so as to escape the ugly realities after war. Therefore, he creates a world of illusions that could help him get away from the frustrations he faces in real life. Barnes admits that Jake himself admits, “Under the wine I lost the disgusted feeling and was happy” (Hemingway 135). To some extent, his determination to uphold moral values is barred by his failure to hold his relationship with Ashley Brett. He has to spectate over Brett’s promiscuous life and have himself and the war to blame. To gain gratification, Barnes opts to using women, not for sexual satisfaction but as a way of releasing stress and depression that he is experiencing. At some point, he is forced to move around with some prostitutes like Georgette.

Another way in which he bravely fights the situation is through traveling. He chooses to live in Paris and detach himself from Kansas where he initially stayed. He even accepts to go on a fishing trip with some people in order to get away from the frustrations and depressions. As a result, his life changes because he finds the mountains and other sceneries to be very beautiful. Nonetheless, he has to detach himself form the friends like Cohn and Bill when they made him feel more frustrated. He says Jake desires to get away “from the petty and noxious tribulations of Robert Cohn and company” (Baker 84)

Evidently, Jake Barnes is an example of the Hemingway code hero since he has all the qualities of such a hero. However his determination to win with the struggle with the physical and emotional battle fails since he cannot win. The bitter realities of life weigh him down no matter how hard he tries. Therefore, he does not achieve a full dignified lifestyle.