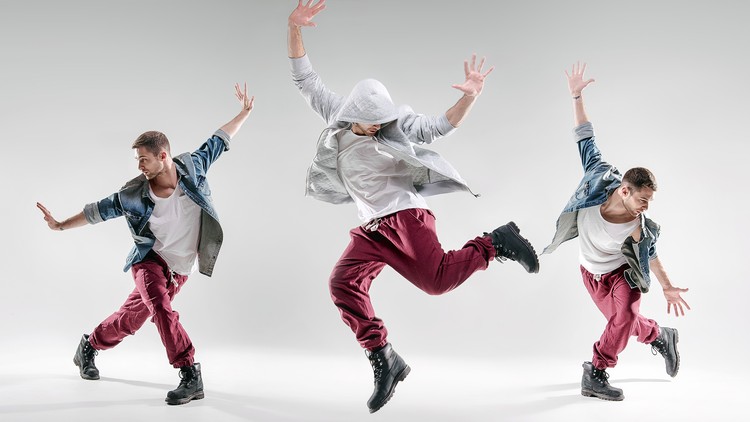 Hip hop is believed to have been founded by African Americans back in the late 60’s and early 70’s. It started as an urban culture and spread like a virus. Initially, hip hop was a solution to self-determination, realization and urban pride. This was the norm in the gang-ridden streets of Bronx, New York where drugs were also commonplace. Block parties, outdoor jams, gang warfare and aggressive street dance competitions are among the characteristics defined hip hop. Eventually, hip hop grew to become a multibillion dollar industry that has modeled many individuals into successful media icons.

This has created many manifestations through which hip hop as a culture can be explored. The culture has four fundamental elements which include hip hop dance, art, music and fashion. Hip hop includes urban graffiti while hip hop music is characterized by Deejaying, rapping and hip hop music production. Rapping is mainly urban poetry that is presented in a lyrical rhyme. Hip hop dance on the other hand is characterized by break dance moves and interesting forms of street dance. This paper aims at discussing hip hop dance; from history to the present day proliferation of the hip hop culture.

Hip hop dance has been very influential especially to the young generation. The bad-boy bad-girl attitude associated with the dance hailed from the same Bronx that gave rise to the hip hop culture. The throbbing street dance was also common in Brooklyn and Los Angeles and would literally shake the urban communities. The legendary dancer Don Campbell and his Lockers had a major impact on street dance (Price, 2006). He added a new flare to the hip hop dance with his bad-boy expression. In fact, dancing was the initial essence of early hip hop and the local dancers inspired Djs to embrace music that exemplified hip hop dance.

Every street gang in the 70’s had its group of dancers and was captivated by energetic sounds of beat boxes and discotheques. Local dances were performed on outdoor jams where crowds would respond vehemently to the prodding of the Dj to show engagement in the dance style. Kool Herc was a renowned Dj of the time especially for his creative and innovative abilities of bringing forces together to give local youth a chance to entertain and have a good time. The hip hop dance phenomenon is mainly related to African Americans and Latin Americans but has grown to spread to other parts of the world over time (Hess, 2010).

After the outbreak of hip hop dance, a number of films were released that featured the new form of dancing that combined beats, sounds and street moves. In fact, for some movies such as “Crush Groove” made it to success as a result of integration of the hip hop culture. Hip hop dance became the new style of dance that emerged in choreography with styles such as locking, popping and break dancing. Hip hop dance is categorized into old school and new school dance though the two have evolved with time. Currently, hip hop dancers have become independent of the original hip hop culture and young people are inventing new moves to make the dance more enthusiastic.

Differences between hip hop dance and other dance styles

Hip hop dance styles are among the oldest and most established dance styles. Mainly characterized by violent movement of the body, hip hop dance differs from other styles a great deal. It is a muscle-moving work out that involves rolling of hips, waist and pelvic as well as popping that emphasizes beats and sound produced in the music. The popping movements give an excellent abdominal workout as opposed to other slow dance styles such as jazz or slow dance.

Choreographers and dancers use these styles for fitness and as a platform to promote body shape and dance prowess. For this reason, hip hop dance has gained popularity in television, film as well as in the theatrical setting. Some dancers have even toured the world showcasing their works in hip hop dance. These include March of the Anthem, P-funk and others. Even today, international competitions are common as will be discussed in this study (Scheff et al, 2010).

The founders and significance of hip hop dance

As indicated above, hip hop dance has been growing steadily since it started in the 1970s and it has been so since the black community and the Latinos in the United States invented the dance (Kelly,2011). It is worth mentioning that the dance was mostly concentrated among the poor people in the states who were fans of the style and the music genre. Note that musicians and artists that promote hip hop music genre have continued to promote the dance. It is also very important to understand that the dance has had several transformations and evolutions depending on generations and fan base of the music (Kelly,2011).

The dance came to be an attraction when the first break dancing contests, locking and popping began and it was greatly popularized by dance crews such as rock steady crew, the lockers and electric boogaloos. It is important to make it clear that the dance moves were created independently, that is to mean that locking, popping and break dance, moves that make up the dancing style were independently made (Hennings, 2010). Some were created in California like the funk styles while others were made in New York. Some of the pioneers who will be remembered in the invention and evolution of hip hop dance is James Brown whose good foot dance formed the basis of break dance.

Hip hop dance is much concentrated on the musical and dance that have been done and therefore there was a turn with the invention of another break dance beat by DJ Herc in 1973 which further piloted the dance in the seventies. On the other hand, other moves such as the popping were invented by the Sam Solomon with the greatest inspiration being his song Do the Boogaloos which also gave the inspiration to the boogaloo dance. However, it should be mentioned that the original version of the dance was created by Don Campbell in the sixties although much credit is given to the developments that were made in the seventies (Robinson, 2002).

It is worth mentioning that the dance has not been much of a choreographical excitement and therefore cannot be traced back to its popularization in this route. However, it is notable that there are choreographers who are great in the popularization of break dance such as Laurie Ann Gibson who has even had a movie based on her life to indicate the contributions she has made in helping the growth of hip hop dance that has started gaining acceptance as a dance. Note that the moves which include jerky movements of the arms and torso were initially viewed as confusion but have now been considered an expression of the emotions of individuals that worship the dance.

Additionally, Shane Sparks is another of the choreography who has given so much to development of the hip hop industry and dance. It would therefore be seen that the dance have moved from the development of a dance that was invented for the baby boomers of the seventies that has so much influence in arts in the contemporary world to a universally acceptable dance. Initially, the dance was associated with violence as also the hip hop music has but all these have since changed because of the evolution in the genre.

Several international dance competitions have focused on hip hop dance. Most of them start from regional tournaments that are confined to countries, several states or a continent. They offer dance crews a chance to create a name in the hip hop industry and qualifying groups are selected for final global championships. Such is the case with Battle of the Year, a breaking competition for dance crews started in Germany in the 90’s. It starts with regional dance battles that lead to international championship finals. B-Boy Summit on the other hand is an international dance conference that runs for four days in San Diego. It was first formed by b-girl in Asia.

The conference includes break dance battles, dance panels and workshops as well as a market place for hip hop merchandise. This conference is unique in that it mainly emphasizes on the history of hip hop and the value of the culture across the world. It aims at making people understand the roots of the hip hop dance and hip hop culture. As a result, it consolidates rappers, Djs, young dancers with talent and other hip hop-faithful individuals from across the world. Besides dance shows, artists showcase their prowess in hip hop graffiti. In dance, lockers and poppers also battle out their skills for top prize (Feldberg, 2009).

The Hip Hop International is a worldwide hip hop dance championship started in 2000 in the US and gives both dance crews and soloists a platform to compete. The candidates are categorized in ages; junior, varsity and adult. Crews are required to be composed of five to eight persons and must showcase at least three unique styles of hip hop dance. Solo dancers are also given an opportunity to showcase their locking and popping moves. Breaking moves are usually set for the adult category. This international hip hop event attracts hip hop lovers from across the world.

For instance, in 2009 the competition had one hundred and twenty crews that represented over thirty countries. Hip Hop International also manages the Hip Hop Dance Championships held in the United States. These are among the key international hip hop competition events but there are several others that are run in other countries. The main impact of these dance competitions is that they popularize the hip hop culture especially the art of dance (Agence France Presse, 2009).

Dancing is a means of expressions and hip hop has proved just that although it is quite different from the dancing styles that have been there since time immemorial but it has been noted that dancing is quite positively influenced by the kind of music. Hip hop dance has been promoted by the hip hop music genre and since the genre is dynamic, the same case has applied to dancing as well. This means that apart from the three styles; break dancing, popping and locking, there have been other developments in the system. To cap it all, hip hop dancing is expected to gain popularity with time as much as it is going to undergo several transformations depending on the fan base.