Dracula and the Bloody Chambers 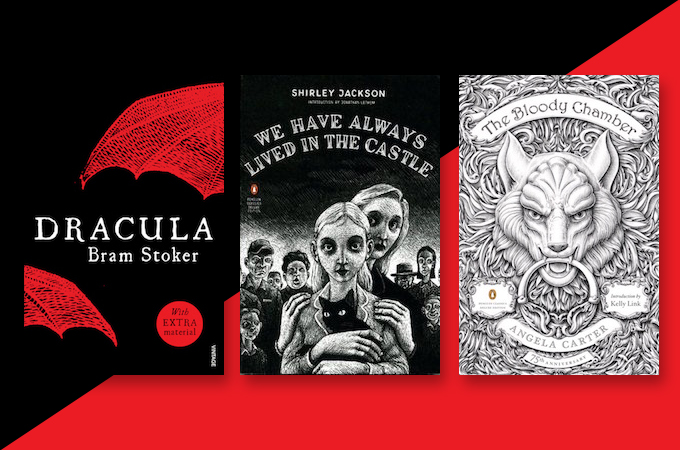 The Bloody Chamber is like a comprehensive story reflecting on the variety of form of sexual manifestation in the society. It provides a vivid and clear picture of human sexuality. The Dracula on the other hand is manifestly rich in themes of sexuality and matters of sexual orientation. It surrounds the suppression of women and their demeaning position in the society as made explicit by the several scenes and events in the novel. The book also demonstrates how women’s position influences the judgment of men. Dracula brings to the fore the female sexuality.

Stoker brings forward the fears of men in regard to female sexuality in Dracula which include what he describes as feminaphobia which is the male fear of being feminine and gynophobia which he terms as men’s fear of men of women in general .this is best represented by the infamous vampire.

In the Dracula and bloody chamber, women are portrayed as the victims of male authority. This may not be true since it is women who allow to be unsubordinated by men. Angela carter more so interested in portraying women as the victim of male aggression as evidence by her suspicious death and duke’s obsession with her beauty. Every chambers is linked to with forms of brutality and the sexuality of a woman if is brought into fore when she sheds blood when she loses her virginity and the time she loses blood during menstruation periods. Carter uses the chamber to create a link between women’s sexuality, and the violence meted upon them.

The definitions of the word sexuality and sex are more often than not blurred. In the Dracula it is assumed that a man has reproductive power and not the woman. The perception of Mina indicates the position of women in the society described by Dracula and illustrates how sexuality is valued. Despite her skills and intelligence, Mina is still considered maternal and she is only recognized intelligent as long as men think she is so.
Sex and sexuality are evident in the novel and in an implicit manner. This is seen in the in which Crew of Light kills the vampire that Lucy has turned into which terms as embarrassing case of gang rape. Well summed up by Craft who notes that ‘A woman is … better dead than sexual’

According to the Carter in the bloody chamber, men’s sexual orientation is valued in the lines of virginity. Woman’s virginity is an invitation of violence and corruption since in taking mans virginity, man spills her blood as seen in the case of Marquis. Consequently heroine’s or hero’s virginity is his source of protection and strength as seen in the company of wolves where the woman’s virginity is likened to a pentacle that protects her from any harm and in the story of the lady of the house of love where the soldier’s virginity protects him. The beast is afraid of the heroine because she is virgin and just wants a glimpse of her naked and untouched body but is frightened and shamed.

Sexuality on the other hand is demonstrated by the duties associate to a woman to be compliant to her husband and allow insubordination in the order of roles related to sex. This is evidenced in Bram stoker’s Dracula where Lucy and three other seductive vampires are punished because of their Victorian image. When Lucy crafts her image as an incarnation of Victorian woman and suggests the idea of a girl being allowed to marry as many men as she may wish, Bram dismisses this as idle talk. Lucy also tries to liberate sexuality by handing at her desire to break out of the boundaries of social expectations. Another evidence o f women trying to liberate themselves is when Lucy reasons out by asking Mina why women are little worthy of men this depicts Lucy as a frivolous Victorian woman who’s desire to be satisfied by men is as strong her desire to satisfy men herself.

The perception towards the killing of Lucy carries a heavy sexual meaning, it means that Lucy is punished for trying to ameliorate the sexuality of women and it is aimed at maintain the Victorian order and to avenge the feminization of harker by the three weird sisters plan well orchestrated by stoker and her fiancé. Sex manifests itself when Lucy receives a bite from Dracula that turns her into vampire. This unleashes Lucy from her Victorian laces leading to eruption of her sexual desires hence making her being portrayed as unmanageable pedophile. Stoker capitalizes on this immoral behavior by describing her as a woman who preys on innocent children. Since she (Lucy) was an embodiment of “new woman” stoker ridicules how a “new woman” would serve as unfit mother as well as profane wife. The fact that Lucy assaults young children discredits as wild and animalistic.

In the bloody chamber, when the young teenage girl marries a man Marquis who much older than her, illustrates how sex and sexuality are interlinked and that there is no rule governing sexual attraction and a person of the either sex craves for sexual desire but the sexuality of women is demonstrated as weak when the teenage girl admires and falls in love with an old man. It furthermore indicates that it is women who are sexually driven more than men. That the man enjoys watching sadistic pornographies and takes pleasure in the girls’ embarrassment is an indication how women dignity is devalued. This is supported by the fact that the man is tyrannical and murderous.  Sexuality is also demonstrated when the driver glimpsed and smiled at his masters wife. It is also illustrated in the bed time stories that are narrate in the book, the tales of sex and violence and imaginative pleasure. The materiality that is associated with sexual desires is also brought into the limelight when the young girl falls in love with an elderly due to the trappings of luxury and man’s affluent nature.

In the Dracula, roles were gender related in that women were assigned limited scope of roles which in some circumstance took two ways. This gender related roles either took dimensions; either is pure or virginal otherwise women could be regarded as dispensable in any circumstance. This idea in the Dracula is exemplified by the two characters; Mina and Lucy. Both were curiously feminine and dependent on their husbands. The only extraordinary think was that Minas ob as the secretary for the children of light was a duty mainly preserved for men.

The problem posed by Dracula emancipating these women lied squarely on their sexuality. According to Dracula the tragedy of women insubordination could be blamed on the loss of women innocence which has proved fundamental character that men capitalize on. It is assumed that women who succeed in embracing their sexuality have the tendency of obtaining power.

On the other hand, sex is demonstrated in the book through the rape of Harker by three sisters. This signified that women can take can play a more dominant role that is suppose to be masculine. Harker becomes submissive which leads to him being overpowered by the seduction of the three sisters thus making him fall prey to his own temptation. The reality that Harker becomes aroused demonstrates the weak k nature of both men and women and clearly indicates that men too enjoy features of women and underscores the fact both sexes primarily seek to satisfy themselves purely to satisfy themselves. When analyzing the character of Lucy, even before becoming a vampire, she exerts an aura of subtle sexuality and boastful flirtatiousness.

According to Carter in the bloody chamber and other short stories sex and violence are closely linked as seen when Marquis equates love and murder where he marries women only to have sex with them and kill them.

In conclusion, Dracula states that men are not as cultures as they think they are since they have a tendency of submitting to their id and indulging in their sublime, characters that are considered feminine. Matters of sexuality in the book are treated as social and psychological constructions, they vary according to the different genders for example is men’s psychological constructions that the see a woman to be supposedly chased but women consider it men’s primitive instinct to be extreme in matters of sexuality regarding to women. It is also considered that if women could openly demonstrate their sexuality then men safety and dominance could be jeopardized since it is egocentrism and suppressive tactic used by men to prevent women from being liberated.