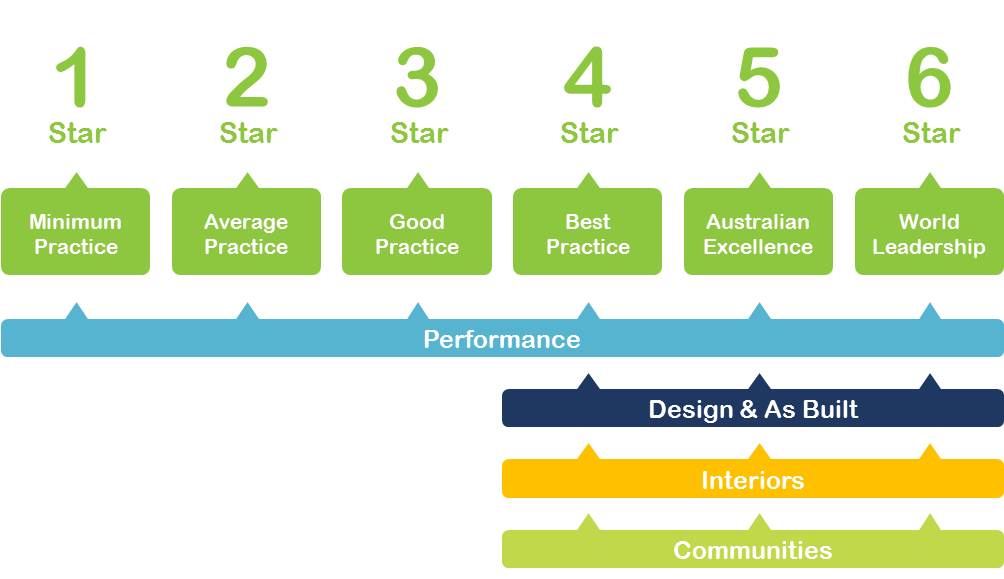 This research seeks to investigate the history behind the Children Functional Assessment Rating Scale. The research also investigates what CFARS measures and the population it gets utilized. The paper also establishes the statistical measures of reliability and variability associated with CFARS, and what it intends to measure. This research is important because CFARS deals with the treatment of mental health amongst youths and adults who have connections with drug abuse. There have been various researches done by individual researchers as well as institutions on this topic. The scholars have more or less agreed on my topic, and my paper argues for a better interpretation.

A comparative case study is the methodology, which this study has utilized. This study employs the benefits of a comparative case study on the topic of discussion, which is Children Functional Assessment Rating Scale. This is because of abundance of information, and by referring to past researches, this research ascertains various information available on the topic of discussion. It also establishes the benefit associated with CFARS and provides recommendation if it is a viable system or not.

Children Functional Assessment Rating Scale has its origins in Florida. This program entails standardizing and documenting imitations regarding the mental status exams, which assess social, cognitive and role functioning. It also documents and standardizes impressions from clinical evaluations. According to research, the District 7 Alcohol, Drug Abuse and Mental Health Office commenced this program in 1993 (Matson, 2010). The District 7 office, initially known as Department of Health and Rehabilitative Services commenced this program through liaising with Louis de la Parte Florida Mental Health Institute that is located in the University of South Florida. District 7 (ADM) collaborated with Florida Mental health Institute so that they help them in devising measures that will assist them to establish the efficiency of their publicly funded children’s and adults mental health and substance abuse treatment (Matson, 2010). This led to Florida Mental Health Institute developing the Functional Assessment Rating Scale, which they adapted from the Colorado Client Assessment Record. They adapted this method because of its extensive history for evaluation of behavioral health services. By relying on the CCAR, they managed to make Functional Assessment Rating Scale, which was helpful in the documentation and standardization of impressions derived from individual’s mental statuses and clinical evaluations. This method was effected through the recording of information based on an individual’s current social functioning and cognitive behavior (Matson, 2010).

Another institution that was helpful in the implementation of the Children Functional Assessment Rating Scale is Florida Department of Children and Families (Ward, et al., 2006). This department with the assistance of the Florida Mental Health Institution implemented the Functional Assessment Rating Scale with the purpose of establishing its effectiveness in all the adult reported cases of mental health and substance abuse in Florida. This was done in the 1995- 1996 fiscal year (Ward, et al., 2006). According to Ward, et al, FMHI played an important part in the implementation of this project because they also contributed towards the conducting of a survey on the clinicians who successfully carried out the functional assessment rating scale for children in Florida. The FMHI used the information they collected from the research conducted for developing the Children’s Functional Assessment Rating Scale CFARS that is currently used (Ward, et al., 2006). Eventually, development of FARS and CFARS in Florida saw its adoption by other states such as the Wyoming, New Mexico and Illinois. These states employed these two programs for evaluation of results regarding the general revenue for behavioral health services (Matson, 2010).

There are several reasons as to why CFARS was developed. Firstly, CFARS facilitates the collection of functional assessment information for domains, which is necessary for children evaluation. Secondly, CFARS development was aimed at monitoring the Florida legislature planning and budgetary initiatives. Thirdly, CFARS acts as a library for clinicians, and agencies, as it has documents treatment planning and quality improvement information. Another aim for CFARS is for the provision of description regarding status change in average reports concerning children in Florida. This report would further be utilized for informing DCF’s authorization reports to the legislature.

There are several domains that CFARS measures. The new behavior at home where a child resides forms one of the domains. Under this domain, the CFARs measures how the child disregards rules, has conflicts with siblings or peers, defies authority, and the rate of conflicts between the child and the parents or guardians. “Thought process” and “Traumatic Stress” form the remainder of the areas that CFARS measures.

Beneath these three categories, we have 16 domains that form the problems that are measured by the CFARS. These include home environment, depression, anxiety, thought process, hyperactivity, medical/physical, traumatic stress, family relationship, socio-legal, security management needs, CGAS, danger to others, interpersonal relationship, danger to self, cognitive performance, and ADL functioning.

The domains further provide data that (Ward, et al., 2006) are important for the determination of the severity of more restrictive levels of care. Examples of restrictive levels of care include Residential Level I, Residential Case Management, and Children’s Crisis Stabilization. The information is also used for comparing the severity of drug use between substance abuse programs and mental health programs. The comparison between inpatient and outpatient substance abuse also rely on the domains established by CFARS.

These domains provide useful information regarding the nature of the child in terms of functioning. For instance, it does this through the thorough examination of a child’s behavior in relation to his cognitive or social role functioning.

The population measured by use of the CFARS is children. According to research, CFARS can measure children and adolescents without a consideration of their emotional, mental, cognitive, physical or their behavioral problems. It is utilized on children depicting desired development milestones, display appropriate age, and do not display symptoms related to cognitive, social or behavioral difficulty. Such children are ranked with a one, indicating a lack of problems, and sometime are ranked with a two depicting a less than slight problems (Ward, et al., 2006).

The CFARS also rates the children or adolescent population that displays animosity in terms of their relationship to their family, siblings, at work or school. CFARS also measure children and adolescents that are undergoing treatment in relation to one of the named domains. It is employed in the measure of this variable because it assists in establishing if further care is needed in the treatment of that domain or not.

The reliability of the CFARS statistical measure provides a case of already examined domains carried out in DCF district 7. These domains represent the results that achieved during the early phases of the implementation period.

The statistical reliability of the CFARS also provides a basis for the raters to lay their arguments as to why they chose to rank some domains lowly. The domains that were lowly ranked include “thought Process” and “Traumatic Stress”. Research alludes that raters blame this abnormally on these two categories as containing functional elements. Furthermore, the raters concluded that there was the presence of stress disorder symptoms and psychotic symptoms that complicate the analysis of the thought process and traumatic stress domains causing a need for a more inclusive word to represent these domains.

On the other hand, research establishes that the statistical measure of validity comprises of the way, to ascertain the truthfulness of the problem severity rating. This is done through the comparison and contrasting of the admission ratings at secluded levels of care. The statistical measures of validity also seek to substantiate if what is measured is the intended problem severity rating (Mihalcin, 2008).

According to research, validity of the statistical measures reveals a higher mean problem linked that has a connection to extra restrictive levels of care. This is so because children depicting more severe problems need preference in admission to restrictive levels of care. From the results obtained under the statistical validity of the CFARS, it is established that there is an issue with the problem, severity, rating domains (Matson, 2010). The more restrictive levels of care such as Children’s Crisis Stabilization, Residential Case Management, and Residential Level I depicted higher mean condition severity ratings in comparison to the less intensive services such as community case management, day treatment and Outpatient Counseling (Ward, et al., 2006).

What the Statistical Measures of Reliability and Validity intend to Measure

The Reliability of the CFARS domains helps in the measurement of how accurate the rater’s performed their task. The Reliability of the CFARS domains measure this information through dealing away with terms that seem too complex for the raters to come up with a reasonable and one sided conclusion concerning a child’s responses and history. It can be concluded that the statistical measures of reliability has a function of showing how dependable the raters are (Mihalcin, 2008).

Research alludes that the statistical measures of validity have the sole function of establishing that the problem severity rating scales are performing the function that they were intended. In addition, the validity of the CFARS domains also measure why certain variables are high at some level than others.

The Children Functional Assessment Rating Scale has its roots in Florida. It commenced in 1993 with the District 7 Alcohol, Drug Abuse and Mental Health acting as its initiator. However, the District7 Alcohol, Drug Abuse and Mental Health cold not manage to complete the project solely, and so they sought the assistance of Louise de la parte Florida Mental Health Institute located in South Florida. The Florida Mental Health Institute contributed significantly to the success of this project as they ensured the success of establishing efficiency in the ADM’s publicly funded children’s and adult’s Mental health and Substance use. Another contribution by FMHI includes facilitating the clinicians who successfully carried out the functional assessment rating scale for children in Florida. The Florida Department of Children and Families also contributed in making CFARS a success. This department liaised with Florida Mental Health Institution, to necessitate the Functional Assessment Rating Scale with the purpose of establishing its effectiveness in all the adult reported cases of mental health and substance abuse in Florida. The eventual adoption of FARS and CFARS saw its adoption by other states such Wyoming, Illinois, and New Mexico.

Malta also copied this technique and inculcated it into its system. Among reasons for establishing CFARS, include the fact that CFARS facilitates the collection of functional assessment information for domains, which is necessary for children evaluation. Secondly, CFARS development aimed at monitoring the Florida legislature planning and budgetary initiatives. Another aim for CFARS is for the provision of description regarding status change in average reports concerning children in Florida. CFARS measure several problems related to a child’s behavior. It measures these problems in relation to how severe they can influence a child or the problems can be treated successfully. CFARS measures problems such as depression, socio-legal, danger to others, cognitive performance, and substance use. Initially, CFARS helped in measurement of all the population, but currently it is most utilized among children. Statistical measures of Reliability and Validity play different roles. The Statistical measures of Validity substantiate the problems severity being measured to be the exact one intended. On the other hand, statistical measures of Reliability help the raters to find relevant explanation as to why they employed the methods they did among certain domains. Some of the recommendations include the provision of clarity in the domains employed so that they are not changed from time to time.