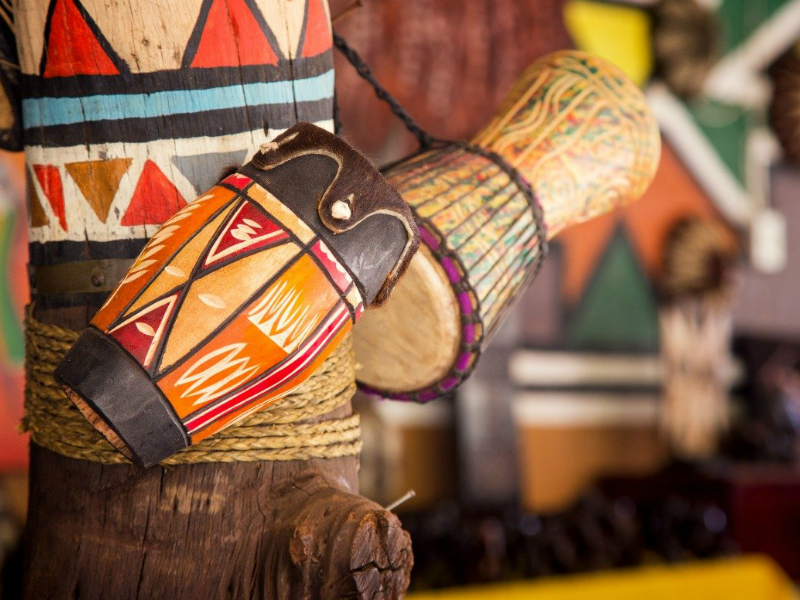 The Europeans invaded Africa at a time when the continent was endorsed with a lot of natural resources, which were still not yet exploited. When they started colonising the continent, they exploited these resources and send them back home to develop their continent. They made very little efforts to develop the African continent. This left the continent prone to underdevelopment due to the exploitation of the resources without any meaningful investment. Moreover, slavery and the slave trade led to a decreased number of people in the continent. The strong men from Africa were captured and sold for slave trade to work in the European farms. This left Africa with no people to work in the farms and the small industries.  In fact, research by some scholars shows that population in Congo reduced by over 50% during the colonisation. This left the countries without the human power needed to develop the continent.

The loss of human capital in Africa as a result of colonisation had both direct and indirect impact on development. A good example of effects of the slave trade was that when the population reduced in areas infested with tsetse flies, people fled to other areas abandoning their home areas (Law, 34). Such areas remain underdeveloped even to date. Moreover, people turned to kidnapping and abduction of people for slave trade. This led to increase in violence among the Africans. People, therefore, spent much time defending their families from the abductors instead of taking part in fruitful economic activities.

The slave trade led to the development of a cycle known as the ion-slave cycle or the gun-slave cycle. Slaves were got through abductions and kidnappings from other tribes and with time, from within the tribes. This led to the need for people to defend themselves raising the demand for weapons. These weapons were provided by the Europeans in exchange for the slaves. The result of this wrangle was the collapse of the existing forms of government. Kingdoms and estates disintegrated with raiders replacing the once strong kingdoms. These raiders were unable to develop strong and stable political structures that would ensure that Africa concentrated their efforts on development. The unstable and fragile post-colonial political structures are a direct impact of Africans’ underdevelopment. Most African states employ so many resources on military to end fights, instead of employing such resources for most meaningful economic activities.

When the Europeans were scrambling for Africa, they drew some arbitrary boundaries that worked well in instilling tribalism and racism among the Africans. The Europeans discovered that it would be difficult to fight the African if all the tribes united together against them. Consequently, they employed the divide and rule technique where each tribe was segregated and defeated alone. This barred the creation of a unified national spirit, which was very essential in starting the new countries after gaining independence. The boundaries led to increased wrangles between the different tribes in Africa. This in turn led tribalism and corruption, where people consider their tribe mates first, instead of qualifications. Today, the problem of tribalism in Africa has been a great hindrance to development since the qualified people with necessary skills are left out of employment since they do not belong to a particular tribe. This has also affected the policymaking in development as leaders focus on their tribes and neglect others.

When the Europeans established strongholds in Africa, they produced very cheap goods from Europe such as cloths. There was wide market for the Europeans goods in Africa, and they forced them to buy the goods either through persuasion or coercion. In some cases, the Europeans used such goods to win favour from the Africans (Law, 123). In the light of such cheap goods, the African manufacturers lacked market for their goods since theirs were more expensive than the African goods. Consequently, the African producers left their jobs due to lack of market. This killed the spirit of entrepreneurship among the Africans. The result was total dependence on Europeans goods. This greatly contributed to underdevelopment of Africa during and after the colonial times.

Another cause for the underdevelopment in Africa was because of the slave trade and colonisation. There was technological stagnation/arrest. When the Europeans first settled in Africa, they considered everything the Africans did as backward, barbaric and primitive. They discouraged them from taking part in any of such activities, and introduced their ‘civilised’ ways of life. As a result, Africans abandoned their traditional skills like iron smelting, which would have been very crucial in initiating development for the African continents. The worst of this condition is that the Europeans did not teach the Africans their civilised skills, and so the Africans lacked the necessary skills to develop their countries. The loss of industry and skills had a big impact in the establishment and development of industries in Africa.

The fight for independence had a great significance in underdevelopment of Africa. During the colonial period, Europe was busy with technological inventions that were very crucial in the development. They captured the body-able Africans to help with such invention (Rodney, 162). The Africans left behind were busy fighting for their independence, that they did not have the time or energy for technological inventions. Many people were also killed, leaving behind very weak people. These people could not engage in any technological and development advances. As a result, Africa was left behind in terms of development. Today, Africa still remains behind technologically, and some countries have not been able to recover completely from the effects of colonisation.

During the colonial times, the Europeans established industries in their own continents instead of establishing them in Africa. They then exported raw materials for manufacture back to their countries. On top of this, they exported manpower to work in these industries. After the manufacture, they imported the goods back to Africa for markets at cheaper prices (Burnett and Manji, 134). This result of this was that Africa missed out on the early industries that would have been built on after independence. Resources were exploited, with no industry to show for such exploitation. This culture has continued to date. Resources still flow out of Africa to Europe for manufacture of cheap goods and then brought back to be sold in Africa. Most of Africa’s industrial goods are imported since the West manufacture goods cheaply. This kills the local industries that attempts to come. People will always go for the cheaper product. The preference and dependence on imports have killed invention of industries in Africa. This result is the consistent underdevelopment.

The other reason for underdevelopment of Africa as a result of colonisation was the confistication of prime lands and areas by the Europeans, leaving Africans in the least productive areas. When the Europeans first settled in Africa, they took all the prime lands and highland in the continents and acquired rights over the lands. The Africans who lived there were taken to other areas that were not productive, and they had to seek employment on these lands. Today most Europeans still occupy these lands living no chance for Africans to develop on such land. When they get returns from these lands, part of the money is taken back to their mother countries instead of being re-invested in Africa. Consequently, Africa still loses many revenues to the Western countries as a result of the arrangement entered during the colonial periods.

When Europeans invaded Africa, they majorly exported primary products from the continent to Europe for manufacture of other products. After gaining independence, African countries continued to depend on primary products and subsistence agriculture. Europe remains the major market for these agricultural products, and thus, they have been accused of regulating the international price for these products. Consequently, Africa suffers a great deal from fluctuations in prices of industrial products since they are the main sources of income. As a result, Africa has continued being poor due to the economic structures; they inherited from the colonial powers.

During the colonial times, education given to the black people was meant to produce clerks and bookkeepers who would work for the Europeans. There was no education for acquisition of technical skills, which would have been essential for development. The result of this was that there were no educated Africans who would propel the continent to economic development. When the Europeans realised that independence for Africa was inevitable, they started training Africans to take their positions. The trick was to use these educated Africans to protect their interests instead of providing skills and leadership for Africa. The education system introduced a set of black ‘colonists’. These black colonists continued to protect the interests of the Europeans in exploiting Africa (Page, 25).

This also contributed to underdevelopment in Africa. Moreover, the number of graduates produced did not have the necessary value additions. They only obtained the basic learning skills without necessary skills for development. The resources sustained by the few Europeans would were not enough for the large number of graduates leaving schools. This meant that the graduates had nowhere to work from rendering them useless in the society. The education system, therefore, did little to induce economic development in Africa.

There are very clear findings that there is a direct connection between the current under developed status of Africa and its history in colonialism and the slave trade. Slave trade reduced the human capital, which was very crucial in developing the continent (Burnett and Manji, 253). Moreover, hunting for slaves through abduction and kidnapping resulted in political instabilities that have continued to characterise Africa. Most African nations devote most of its resources in military to fight political instability. Moreover, the instability has led to lack of accountable and stable leadership that will provide governance and leadership for the economic development and prosperity of the African continent. This makes Africa continue to depend on the colonial masters for guidance.

Colonisation, on the other hand, led to the exploitation and extraction of primary resources necessary for the economic development.  Boundaries created during this period continue to be a source of conflict for most African countries, which hinders economic prosperity. Technological advancement in Europe pushed Africa into technological backwardness because the advancements in Europe ensured production of cheap products that were readily available. This killed the African industries which, to date continues to produce expensive goods. They are, therefore, unable to compete with the European products leading to the ultimate closure of the industries. The colonialists also failed to provide skilful and technical education that would help in developing Africa. Therefore, Africans still rag behind in terms of skills and expertise needed for development.