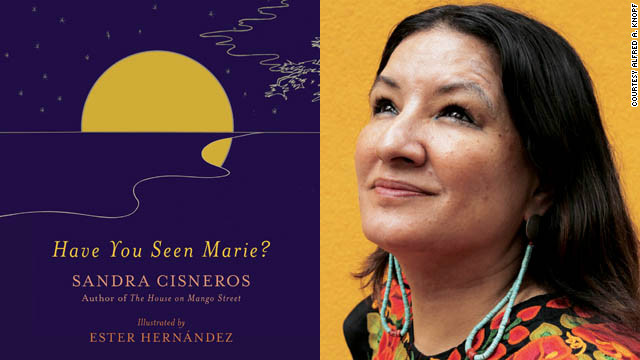 Playwright materials are based specific notion that reflects the society regarding various social-cultural practices and their implication to community as well as particular individuals. From this perspective literature plays significant role in influencing the behavioral patterns and foster cohesion of the communities through establishing avenues of interaction through literature. Notably, literature materials are mounted on well designed themes that play a fundamental role in structuring attributes of individuals and responses to situations in the society. Therefore, themes are crucial in shaping and promoting particular attributes and individual responses especially in the society that is subjected to numerous social forces. In this case, this paper is geared towards comprehensive analysis of three stories aimed at evaluating the theme of isolation or alienation.

The story Geraldo No Last Name by Sandra Cisneros revolves around young girl who met a young boy at the dance ceremony for the first time and an accident occurred. The two ha conversation and the by had informed her that he was an employees of certain restaurant but could not remember the actual name. Marin the young girl could only the name of the boy as Geraldo. After the accident the girl found herself at the hospital’s waiting room for many hours though she had met with the boy for the first time (The Editor). This worried Marin because Geraldo was just an ordinary participant in a dance and happened to have danced with him. In fact the Geraldo was foreigner and it was amazing the money he frequently sent.

A Good Man Is Hard To Find

The story a good man is hard to find involves family in Atlanta. The family had difference on where to visit. The grandmother and the mother of the children supported travelling to Tennessee and Bailey, grandmother’s son and the two young children John Wesley and June Star preferred Florida. The grandmother went alone with the cat to ensure it was not left lonely. As the family traveled the children read comic books and after a considerable period they exchanged the books. The children played after they finished reading the books as well as eating the lunch. The family encountered an accident on their way in lonely played. The boys the faced were hostile at them and did not rescue them humiliated them and short Bailey. In addition the boys also short the grandmother (Cisneros). Misfit and his partner enjoyed the incidence and calmed that real happiness in life did not exist.

“The Story of an Hour”

The story, Story of an Hour revolves mainly round an incidence that culminated to the death of a man and wife. The husband of Mrs.Mallard had dead and because she had heart complication the news of this tragedy had to be carefully given. Mallard sister together with her husband friend were present at home. Josephine the sister broke the bad news in an indirect manner in order to reveal to her partially. When she understood all the news was about she carried they went to her room. Mallard experienced a feeling of freedom from the incidence due to the fact that no more attachment to her husband. When her sister descended with her down the stairs she dead and doctor claimed that her death was caused by joy that kills (Chopin, 1894).

The story Geraldo No Last Name has revealed the actual situations young individuals in the society encounter in such of happiness and affection from the society. The story gives practical revelation regarding the issues and activities involving young generations in the society. From this perspective and as portrayed by the theme of alienation id clearly highlighted. In a bid to avoid being lonely the young girl danced with a young boy their union is terminated by the accident. Though the girl and the boy were strangers the girl followed the boy to hospital. At the hospital the girl spent hours alone trying to contemplate the entire association with the accident victim. This portrays further revelation of alienation due to the established union between the two but the accident terminated their newly founded attachment. In this case the theme of alienation is revealed from practical platform highlighting how termination relations can lead to isolation from the rest of the society.

The story, A Good Man Is Hard to Find begins a unified family that had planed travel. Though there were differences with regarding particular place to be visited warmth in the family was evident. After they got involved in an accident in lonely place and got attacked by Misfit and his partner the entire situation changed. The affection and happiness that was experienced was no more. The accident at the lonely place brought sorrow and disaffection to the family members. From this perspective the author based the story on the implication of isolation in the society. In this case it is apparent that, though none of the family members dead as a result of the accident, sorrow and death is evident. This reveals that isolation can culminate to devastating events especially from the other victims of alienation.

Regarding the “The Story of an Hour”, Mrs. Mallard patient of heart complication and the news of her husband’s death had to be handled meticulously. Her sister was concern and carefully and partially informed her of the situation. Immediately it was revealed she sought for loneliness and mixed feeling of joy and sorrow accompanied her. After descending the stairs she was pronounced dead. To the amusement of her sister and family members she had dead of joy that kills. Notably, the death of her husband would make her lonely however; she perceived the situation as being free rather than lonely. Due to this she developed joy that resulted to her death. The theme of alienation or loneness is portrayed through her imagination that she would live her shake rather than for somebody else. On this ground it is apparent that different individuals in the society perceive loneliness differently.

The broad nature of alienation in the lives of individuals in the society establishes various avenues to approach the issue. Notably, alienation has different implication to the society and can be evaluated from different perspectives. The stories above have a clear revelation of the theme of isolation and the implication of the state to individuals. The complexity of human nature highly influences the responses to isolation. From the stories it is apparent that alienation can be perceived from positive perspective or can acts as a basis towards scandalous activities in the society.