The History of April Fools’ Day 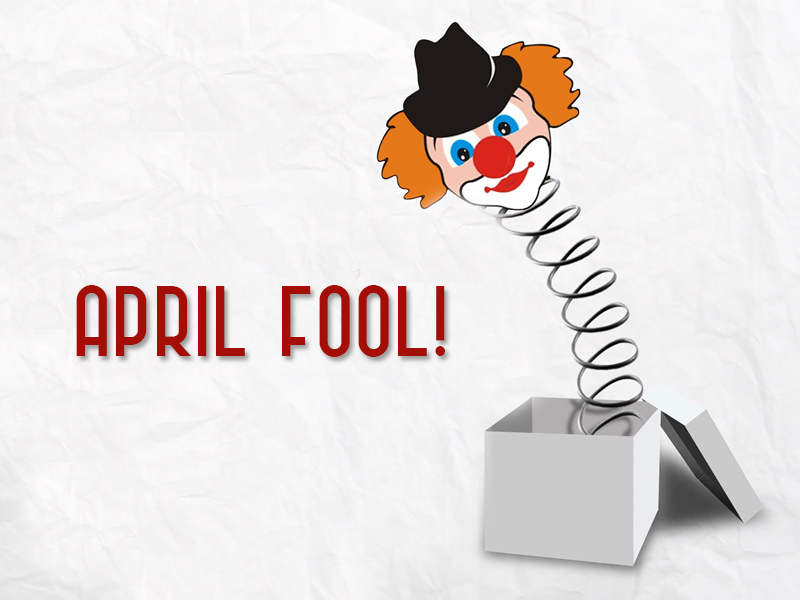 April Fools’ Day, also known as All Fools’ Day, is the most cheerful and entertaining holiday of the year. Despite the fact that the origin of the fest is completely unknown, there are a few legends how this celebration appeared. The most popular ones relate to season changes as well as new calendar adoption.

Before the end of 16th c., people celebrated New Year on the April, 1. However, in 1582, it was ordered by Gregory XII, the Roman Pope, to introduce a new calendar that was soon named after him – Gregorian. According to the calendar, New Year celebration was shifted from April, 1 to January, 1. Unfortunately, a lot of people did not really get it – some of them were against such innovation, while others just were not informed about the change. Those unaware traditionalists continued to celebrate the New Year holiday as previously on April, 1. The other people started to make fun of those conservatives and usually tricked them to believe in the false facts.

THE KING AND THE JESTER

Another origin of April Fools’ Day was introduced by Joseph Boskin, the historian from Boston University. He stated that once there was an accident with the Roman emperor Constantine. His jester, Kugel, and a group of palace fools told that they can rule the empire better than Constantine. Unexpectedly, the emperor allowed Kugel to become a governor for a day. Being able to pass the edicts, the jester established that day (that was April, 1) as a day of absurdity and cheerfulness.

Boskin tells that the fools those days were smart and could combine the humor and responsibility quite well. This story would end quickly and would not became so popular but for a small issue. Boskin managed to have his article printed in the Associated Press, one of the most well-known news agencies in the world. Moreover, later it became clear, that this origin is no more than just a Joseph Boskin’s joke, thus he could fool all the readers and the agency itself.

The beginning of spring has been always similar in several cultures. The end of March and the start of April have always been full of joyful celebrations. In Roman culture, on March, 25, they celebrated Hilaria – the festival of Attis resurrection. Indian culture is well-known first of all due to the Holi celebration, while Jewish people had Purim during this spring time. Probably, all these festivals of joy were the ancestors of April Fools’ Day.

ROUND THE WORLD CELEBRATION

Usually, All Fools’ Day is celebrated in a common way all over the world. Either you make people do something impossible, search for inexistent things or simply play various pranks and even make people believe in fantastic stories.
In France, for example, children stick a photo of a fish on the back of their friends and shout “Poisson d’Avril” that means April Fools’ Day when joke is revealed.