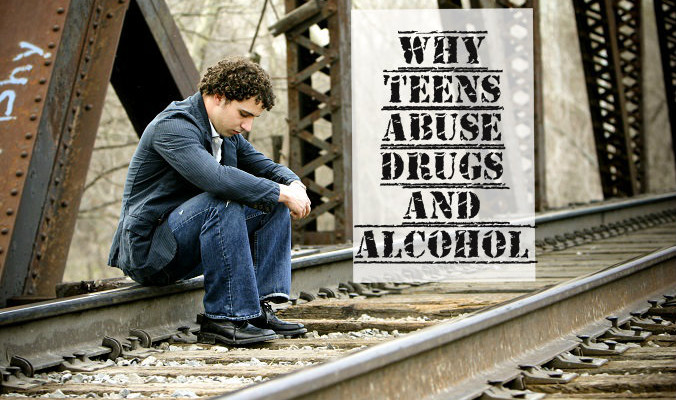 In the course of the teenage life, the peer influences to abuse drugs and alcohol are in their highest. Research from the recent studies revealed that 27% of teenagers happen to misuse drugs each month. The most misused drugs include ecstasy, cocaine, marijuana and alcohol and also the prescriptions and the over counter medicines. Maybe the worst part of it most parents face a lot of challenges as they try to bring up happy and also healthy children during the 21st century. Chief concern among them is the spirit of drug abuse and also drug addition. Parents who have teenagers need to talk to them concerning drugs and alcohol. Teens think that when they take drugs for the first time they would never take it again, contrary to their thoughts they find themselves under a continual influence so that they can fit in their group (Bettie B. Youngs, 2002).

Most teens do not start using the drugs having an expectation that they would build up a substance abuse problem, as most of them perhaps see their use of drugs as just a casual way of having fun, and subsequently they never see any negative impacts of abusing drugs and alcohol. The consequence of the casual use of drugs develops to an addiction. But very few of them realize that they have crossed the line of being addicted. Mostly many of them tend to be ignorant of getting addicted to drugs and they basically use drugs or abuse alcohol to have fun and maybe belong to a certain group which classifies their friends and also have many friends. What they never comprehend is that immediately they get addicted to drugs they lose friends since they with time develop health problems, they become failures in school considering that drugs are causes of memory lose, completely lack motivation and also get alienated by the family members due to their unpleasing behaviors. Thus they develop unpredictable emotions.

If parents get concerned about their teens, they should look for some signs in their teens such as decline in some interest in the activities their teens enjoyed doing, drop in performance in school, random change in the mood which is more of change in teens hormones. Friendship is also affected by the abuse of drugs and alcohol since some teens want to have friends who are just like them in taking of drugs and thus they move away from those friends who do not approve their drug use thus they associate with followers who are like them. Parents who pay attention to their teens would be able to observe the change of group of friends to their kids especially when they are secretive about them.

Most of the teens who are addicted do not see any change in their behavior. Using drugs makes them feel very important since they take it as a way of relieving stress in the school, a way of solving problems at home, the arguments they had with their friends and the pressures they face as they grow. The sooner any one realizes that their friends or teens mate are abusing drugs the better so that they can be helped. One is expected to encourage them to get the immediate help for example the Addiction treatment programs that specializes in teens can help them to make a  strong base for long time recovery. As a teen that is very must concerned about the using of drugs, parents should be the first people to ask for any help in the treatment program which would support and also guide them on how to get recovery. If you happen to be a teen who is abusing drug, take an immediate step and seek help from the experts on drug and alcohol treatment facility. The cost of caring depends on some factors such as the location on the treatment the environment and also the amenities, addiction being treated and the length of care (Bettie B. Youngs, 2002).

As a teenager, this happens to very confusing and also challenging moments that can make teens very susceptible to falling into a critical pattern of drug use. While most teens perhaps view their drug use as a routine way of having fun, there happens to be some negative effects which results due to the use alcohol and all other drugs. Even though the adolescent use of drug do not result to adult use of drugs there happens to be some risks and also some consequences due to the adolescent drug use. Some of the negative effects are dropping out of school; drop in academic performances lack in interest and also strained relationships with friends and also with the family members. The adolescent substance abuse greatly alters their behaviors, and also one gets preoccupied with drugs get crowd out with activities which were formally necessary.

One thing that we should understand is that adolescent gets addicted due to a reason which may be different from the adults. Thus they require (Bettie B. Youngs, 2002)an exclusive treatment plan as well. This focuses on some of the issues which are very important to the teens in terms of addiction and substance abuse. There are some benefits of Adolescent drug and also alcohol treatments, this includes:

Safety, Parents get very disturbed when they leave their children in an addiction treatment centers so that they can get rehabilitated. This rehabilitation centers houses both adult men and women since the rehab centers only admits young kids which means that they would be in a safe environment  from the beginning.

Dealing with teens- specific issues, when the adolescents enter a standard drug and alcohol treatment program, it may happen that they would not receive the appropriate care which meets their needs. The rehabilitation centers address the main issues that make teens become addicted to drugs. This includes, peer pressure problems in the family and also self-image issues. If the issue is addressed with the seriousness it deserves, apparently this would be quite a wise step as it will assist in avoiding a good number of evils that are normally tied up with drug and alcohol taking. This would also assist in curbing some deaths caused by taking of drugs and sometimes alcohol.