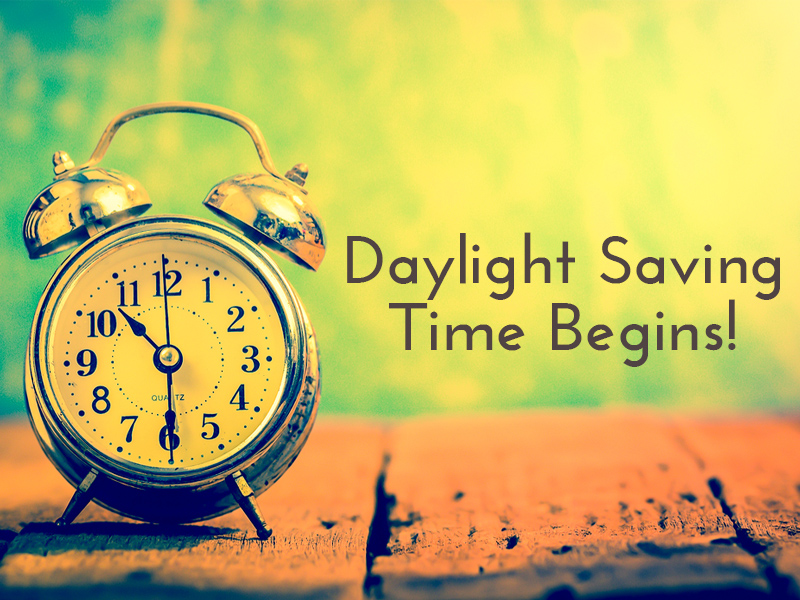 A Daylight Saving procedure implies setting the clocks an hour forward or back to add more daylight to evenings and get less from mornings. The aim of it is to economize energy and natural recourses. Previously, the Americans called Daylight Saving Time ‘Fast Time.’ Thus, with the coming of spring days become longer and people put their clocks an hour forward. When autumn comes the days become shorter and the clock’s hands come back an hour earlier. It helps to save the energy usage of each family in particular and the whole country in general.

The History of  the Tradition

The practice of daylight saving has been practicing for 100 year. However, the first idea of it emerged much earlier. Our ancestors used to adopt their working schedules to the sun light. Thus, they changed throughout the year with the changes of the Sun’s day. The first country to establish Daylight Saving was Germany. On April 30, 1916, it turned the hand of clock an hour ahead. The country aimed to reduce the usage of artificial light and economize it for the victory in the World War I. The United Kingdom, France and many other countries followed the idea of the rational Germen very soon. The USA practiced Daylight Saving for the first time in 1918. The efforts of the World War I were the primary reasons for saving too. Robert Garland, a Pittsburgh industrialist, is called “the Father of Daylight Saving” in America today as it was his idea to adopt the procedure from the British.

The Results of Light Saving

The Daylight Saving Practice has been bringing many controversies till nowadays. It is proved that it considerably shortens the expenses and lowers power consumption. Within 1975-1976, the Daylight Saving was expended for 8 to 10 months. As a result, it saved 10, 000 barrels of oil every day. However, many people complain that the dark winter mornings make children way to school fearful and dangerous. Adults rarely can accompany them as they should hurry to get to their places of work too. Moreover, it is often harder to get up for all age categories of people when it is too dark outside.

Since 2007 the current schedule of Daylight Saving has been practiced in the USA. It acts according to the Energy Policy Act of 2005, which extended the tradition for a month. Consequently, in 2017 the Americans started saving energy on the second Sunday of March and finished on the first Sunday of November. As Daylight Saving is an annual procedure, people in all states of America prepare beforehand to reset their clocks and watches at midnight or the morning after the stated by the government Sunday. They do this to avoid being late and feel comfortable during the day. There are no other celebrations on these days, but all this running about clocks and watches adds some fun to the ordinary routine of the working days.