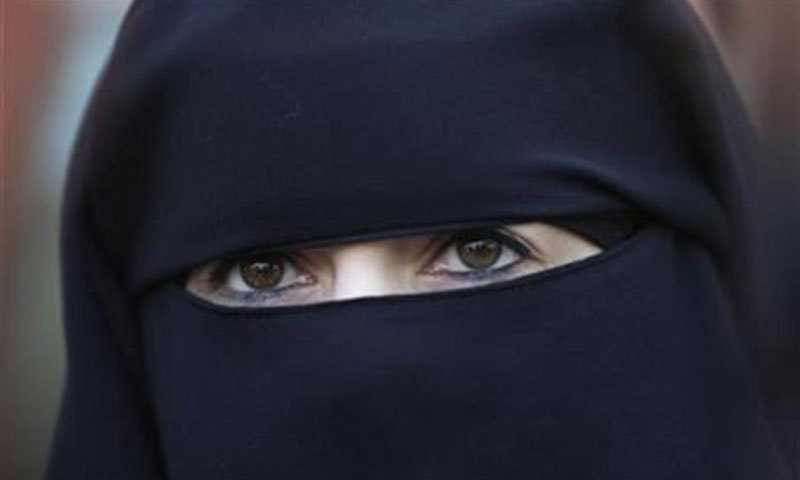 The controversies surrounding the facial covering by the Muslim women in France can be said to have reached its peak in 1989 when the students in Gabriel Havez School, were banned from fully covering their faces in school. The passing of the full face coverage into law and its enactment in April 2011 drew protest among the Muslim women faithful. Among the issue that the supporters of theirs law front as the justification of the ban is that full facial covering hinders individual recognition to the rest of the society. While those opposed to the law argue that the full facial covering g is an Islamic religious requirement for all Muslim women.

Yet among the Muslim faithful the issue of full facial covering is just as controversial with the strict Islamic states such as Iran punishing those women who fail to full cover their faces in public (Miller, Vandome, & McBrewster, 2009). It is against such backdrop that the France government passed this law and there is no doubt that besides the protest that saw several women arrested and charged with illegal protests the law will continue to be surrounded by controversies.

Provide the context (political, cultural, etc) for the law that was passed.

The roots of full facial and body covering among the Muslim society can trace its roots from the Quran. According to the Quran when addressing the wives of Mohammed the Islamic prophet, there was supposed to be a barrier between the wives and the Muslim men faithful. Since the Islamic religion is mainly based on the teachings of Prophet Mohammed the faithful of the Islamic religion follows this practices by having their womenfolk cover their bodies except for their hands and eyes (Miller, Vandome, & McBrewster, 2009). However like all religions Islamic texts from the Quran as the texts from other the holy books are interpreted differently by different individuals. There are those among the Muslim faithful who interprets this requirement of having a barrier between men and the wives of Mohammed as meant to imply decency rather that full facial covering for the women.

But among most of the Islamic states full women covering is not only a cultural practice but also a legal requirement.  Although the use of Hijabs for full facial and body cover as popularly known among the Muslim society can be traced in the Quran not every Muslim believes that they are a religious requirement or symbols (Books, 2010). But most individuals who practice Islamic religion as well as other members of the society indentify the Hijabs with the Islamic religion. Therefore regardless of whether full facial covering is sanctioned in the Quran or not full facial covering can be easily indentified with Islamic religion and Islamic culture anywhere in the world. When passing the law among the issues that garner its support is the issue of social seclusion, difficulty in making identification among other issue. It should also be noted that there are Muslim women who are forced to wear the Hijabs by their male Muslim counterparts while other wear Hijabs out of their personal choices.

Explain the limits of the applicability of this law.

As the law on the women wearing the veil is put in place, there are some challenges that are negative to the applicability of the law fully in France. Basically the law provides an avenue to the supporters of the law to use it for selfish interest. The affected women have raised an issue with their husband’s intentions over the introduction of the law (Davis, 2011).  In their complaints, the women alleged that their husbands wanted to use the law to harass and force them to comply with the law by making them to stop wearing the veil. The law therefore could not protect the women from such allegations which could them their fundamental rights.

The issue also as been a challenge as the Muslims leaders challenged them to be compliant with the law therefore making it had for the women to be compliant with both the religion and the new law. Basically the law doesn’t allow such kind discrimination of ones human rights. Perhaps the women also complained about the death threads they were issued by the proactive supporters of the law forcing them to comply with the new law or be faced with assassination (Davis, 2011). Such kind of harassment could be a negative impact of the new law therefore forcing the government to rethink over the issue and also avoid risking the lives of the innocent Muslim women. Since then the government as been forced to intervene the public of the new law by explaining it further that it wasn’t meant to force the women to do away with the veil but rather be able to identify themselves. The police also argue that the ban however cannot the use of force to compel the women to comply (Davis, 2011).

Analyze the reasons that are being put forward by the French state to justify this law. Are they sound? Are they the real ones? Is there a political agenda behind this law? Etc..

The key argument tat has been put forward in justification of this law by the French government is that face coverings have been a major hindrance in identifying people which is a major security risk. Face coverings have also been viewed as social hindrances within a society that primarily depends on facial recognition as well as communication through various facial expressions (Pelissier, 2011). On the other hand the key argument that has been put forward against the ban is that it violates individual rights and freedom of the Muslims especially women. This has been viewed as a form of stigmatization on gender basis as most Muslim women have claimed.

To some extent the ban seem quite reasonable since it comes as very relevant if argued behind the background of curbing terrorism and crime. With the niqab both women and also men can so easily hide their identities and propagate criminal and terrorist activities without even capturing their faces either by camera or though eye witnesses. This would act as a very big hindrance in investigating criminal and terrorist activities as collection of evidence would be so difficult. The law can therefore not in any way be interpreted as a political agenda as this is a measure that has been taken to protect both French and non French citizens including the Muslim in the fight against crime and terrorism.  On the other hand the ban can be seen as violating the rights and freedom of Muslims in exercising their religious beliefs.

The feminists argue that the grant law was meant to harass them for no good reason. They complained that the government was exposing them to risk of assassination because of their belief as Muslim women. Therefore they requested the government to reconsider their rights as women.  About the religion, they argued that the Muslim religion allows them to be in the dressing of veil. Basically it could be difficult for the women to comply with the new law as well as being faithful to the Muslim religion (Davis, 2011). They also argue that the values in the Muslim religion could not be realized if the new law was affected and allow the exploitation of their rights. The Muslim activist argues that the process is meant to undermine the minority group in order to win compromise support from the majority.

The law could rather discriminate the Muslim women like the foreigners than just being the citizens of France. The issue raised several questions about the government protection of its minority citizens from being the subject to the harassment that the Muslim women face (Davis, 2011). As a matter of fact, there is a conflict of interest in the argument about the dressing. Though the government seems to protect the citizens from the insecurity caused by the use of the dressing, the women suffer the derailment of their culture by the influence of the French dominant culture. Basically there is an argument that the reason for the disapproval of the dressing is the fear that the Muslim culture would penetrate further therefore fading away the culture of the majority (Davis, 2011).

As an anthropologist, what would you answer a journalist who is asking you your opinion on this law. Provide some reasoning and arguments.

As an anthropologist I would look at the law from a positive point of view rather than the way most Muslims are looking at it as a political agenda and a form of victimization. I totally agree that the law has the right to go to any lengths to ensure the security of a state and that of both its citizens and non citizens as well. In this respect, the number of Muslim women in France wearing the niqab in the recent past has been increasingly alarming. In this respect a group of men dressed in burqa or niqab can commit a crime and go unnoticed as feigning as women makes them unlikely suspicious. In addition to this the burqa is derived from a fundamentalist tradition in that Islam as a religion severely limits the rights of women through forcing them to wear such kind of attire (International Debate Education Association, 2011). This parallels with its forbidding women from exposing their skin so as not to seduce women.

To begin with there is nowhere in the Quran that is indicated that it is mandatory for them to wear the niqab. This hence is supposed to be a personal choice. While some Muslim women do wear them by choice other are forced to wear them against their will. The ban by this law will therefore protect the latter group who form the majority. On the other hand, Muslims women by personal choice have the right to wear the burqa or niqab as way of expressing their religious beliefs (Pelissier, 2011). The law therefore could be violating their freedoms. This is a matter that the state and the Muslim freedom advocates are therefore supposed to settle and come into a consensus about. Banning the niqab or burqa could lead amount into a major issue since the Muslim community is justified to claim that this is a violation of their religious freedoms

Among the principles many that the France and many other governments around the world adhere to is that of separation between the state and religion. France like m any other countries also recognizes the right for its citizens to believe, worship, and practices religion or not to .The principle of fairness and equal application of the law is also among the principles that are strictly adhered to. It should be noted that in such public places such as airports terminals and banks counters among other places individuals are required to uncover their faces as a means of identification verification. Then regardless of the debates that surrounds then we should note that full facial covering hinders personal identification. Bearing this in mind then we can understand that it is possible for individuals with criminal intent to use religious symbols such as the Hijabs as a cover for their criminal intentions.