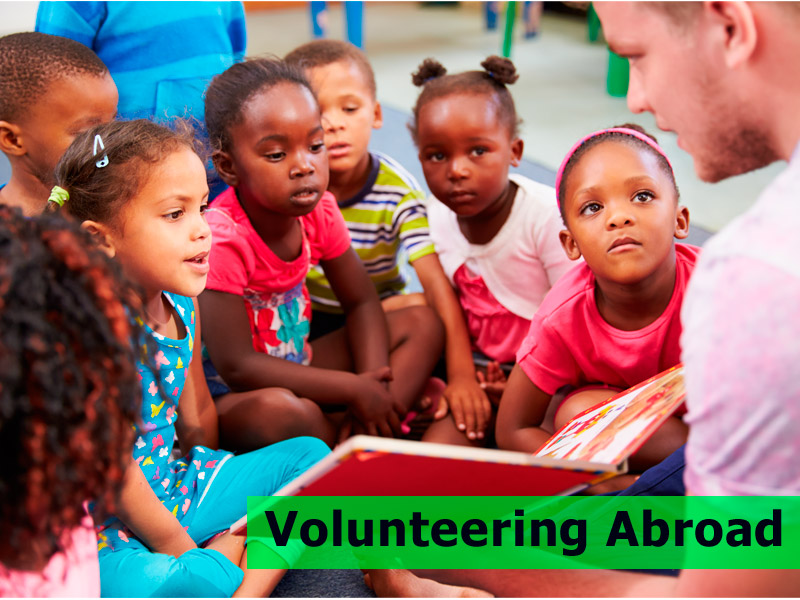 International volunteering is something that was associated with good will, but has started to get a bad reputation lately. Why is that? Even though, organizations sell their programs as “an outstanding opportunity to combine work experience and travel”, the truth behind these programs is not always as beautiful as they put it. Being a great thing at its core, “voluntourism” can become unfair when people look at volunteering opportunities as the way to enhance their CVs, without thinking about the main goal of their volunteering activities. Another way when volunteering becomes bad is when programs and projects are organized poorly and don’t meet the real needs of people, for whom they’re being organized.

On the other hand, there are many volunteering projects, which make the real positive and constructive impact on both volunteers, who serve, and the communities, which are being served. I’m saying this not just as a person, who observes it from afar, but as someone who has been involved in volunteering projects four times.

The main three things about successful volunteering projects are commitment, decent level of organization and a sincere desire to serve people. These are the three factors, which are able to bring about the real change. Let’s look at the good example, which is a Warwick Laksh Programme in rural part of Haryana, India. Since its inception in 2010, the number of people who got benefits from it has trebled. It’s remarkable that 43% of those who got benefits are female. Taking into consideration that Haryana is a region where girls’ education is unusual, that’s really a spectacular achievement.

Another good example is building a multi-purpose sports pitch for Tanzanian local community. It was a collaborative project between the local NGO and a student-run charity called Edinburgh Global Partnerships. Community approached Edinburgh Global Partnerships and asked them to do this project, so it’s plain to see that people really needed it and their needs where satisfied.

The best thing about such projects is that they’re beneficial both for volunteers and community because there is always a two-way exchange. For instance if it’s an educational project, teachers learn to manage large groups and use whatever resources are available and children get an opportunity to get educated and communicate with people from far countries.

Critics often say that volunteering programs are only able to produce fleeting relationships that don’t last long. My experience is totally different. Thanks to the social media, members of communities and volunteers can stay connected and demonstrate enduring power. I still communicate with one of the students whom I met and taught five years ago in South Africa. She’s making great progress in her studies and is now studying diligently to get a degree at the University of Johannesburg. In fact, it’s the participation in that project five years ago, that inspired her to go the university. She even hopes to visit the UK in order to get a master’s degree in the future. It shows that volunteering project experiences can form a lasting, meaningful relationship between the members of community and volunteers.

After all, isn’t it great to be able to influence other people’s life in a positive and meaningful way?