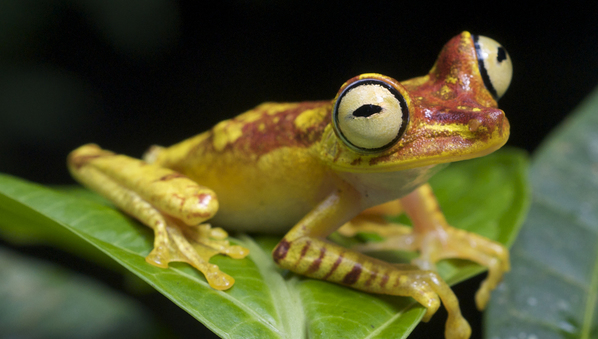 Trade policies control and direct the manner in which trade is conducted among traders, organizations, corporations, communities and nations. They regulate trade between the entities or parties in agreement. The policy of free trade allows trade to take place among the traders without any form of interference from the national governments through whose borders the trade is conducted. This has opened the doors to unscrupulous actions of theft and unwarranted exportation of biological resources from the less developed countries of the world, by multinational corporations from developed countries, with the aim of gaining economic benefits and scientific development in biotechnology.

All this happens at the expense of the affected indigenous communities, who have part of their natural heritage taken away from them; usually stolen, without their knowledge or consent. The book, “Biopiracy of Biodiversity ‘Global Exchange as Enclosure’”, by Andrew Mushita and Carol B. Thompson, discuses the issue of free trade and economic globalization and how these have led to the exploitation of biodiversity natural resources owned by indigenous communities in the developing countries of southern Africa, pointing out the likely impacts on their livelihood and development.

Free trade provides unhindered access to the natural resources found within the environments of the indigenous communities. Such communities tend to continue with their traditional reliance on these natural resources and thus actively involve themselves in their conservation and preservation (Mushita and Thompson 11). These traditional communities and their people are inherently tied to their biological resources, which form their food, medicine and are important part of their cultural heritage. However, international free trade has led to the opening up of these communities to multinational companies and biotechnological corporations with the intention of making business out of these bio-resources.  with the knowledge that these natural resources have the potential of providing more benefits after scientific researches in biotechnology, in addition to economic development, an understanding lacking within the local communities, these companies take advantage of the existing loopholes in free trade agreements.

As noted by (Mushita and Thompson 109), “the African continent (like many of the developing nations of the world) have benefited little” from many of the trade negotiations and international trade policies proposed and advocated for by the World Trade Organization. An apparent fact that is explicitly outlined is the ineffectiveness of international free trade to guarantee protection of the natural resources depended upon by the local communities, which are part and parcel of their cultural “wealth”, from being taken and “looted by force” by influential corporations (Mushita and Thompson 15). In essence, free trade has contributed to the increasing exploitation of natural resources and their biodiversity through “biopiracy” in the less developed nations, particularly due to the fact that interference by the respective governments is not encouraged under this trade policy (Mushita and Thompson 155).

In removing the interference of governments from the economic relations between trading partners across its borders, free trade brings about the harmful state of unsupervised trading of biological resources. Under this circumstance, free trade is likely to fuel proliferation of biopiracy. As illustrated under part one of the book – “sharing and theft” – “biopirates” take away the biological resources in a variety of natural forms including indigenous plants and even microbes without consent from the people and their governments (Mushita and Thompson 16).

Furthermore, free trade provides the opportunity of patenting these bio-resources and the products generated from them, giving the sole rights of utilization and advanced processing of the natural resources to these corporations. Biotechnology companies from the developed world, with immense resources available for scientific research on indigenous resources have taken advantage of these loopholes to privatize these resources. These negative and harmful effects of free trade result from lack of government intervention as clearly indicated by (Mushita and Thompson 166).

In addition to making the “stolen” bio-resources part of their intellectual property, the corporations do not share accrued economic benefits with the indigenous communities who were the original owners and custodians of the natural resources. Rather than ensure the continued growth, support and sustenance of these traditional communities, such corporations seek to secure their utilization of the biological resources by acquiring “private intellectual property rights” as the real owners (Mushita and Thompson 219). The patenting of biological resources denies the developing countries the opportunity of utilizing their inherent natural recourses for economic development in the case where such property rights over the same biological resources have already been acquired by private international companies.  With the increasing liberalization of the global markets and expansion of economic globalization, the developing countries of Southern Africa and the region as whole, are increasingly becoming more open to such exploitation from biopiracy and undue exploitation of their natural resources.

As pointed out by Mushita and Thompson  (76), the WTO and its trade policy on intellectual property under TRIPS, do little to safeguard developing countries and their communities who are highly vulnerable to biopiracy and its effects. TRIPS outlines the acquisition and protection of intellectual property but does not take into consideration communal rights, which are essential to protection of the communal biological resources existing within these African communities.  As conjectured by Mushita and Thompson (220), “communal rights” over biodiversity and natural resources by the respective traditional communities recognized as the primary custodians and conservers, should be considered “as legitimate as private rights” to ensure that they are protected from  theft.

One of the major impacts of biopiracy and subsequent acquisition of intellectual rights under the operating free trade policies is the denial of the affected governments and their people ownership of the resources and their future incorporation in their nation’s economic development. Apparently, under the WTO, TRIPS “does not recognize national sovereignty over biological resources” while recognizing “private property rights” as outlined by Mushita and Thompson (187). With this policy loopholes exist giving the multinationals corporations opportunity to easily acquire the legal ownership of these resources. Thus having acquired the rights over the use of these resources at the international level, the companies can easily curtail any further development on these resources by the African communities and their countries from where they were taken. Free trade impacts on the future economic growth and sustainable development through these resources by opening opportunity of transferring ownership rights to private corporations (Mushita and Thompson 187).

The traditional communities not only have part of their cultural heritage stolen from them, but also find themselves “deprived of their own means of subsistence” (Mushita and Thompson 224). These communities have the rights to enjoy their benefits generated from the same resources they have endeavored to guard and preserve for many years. As the custodians of the same resources, they are the ones with the property rights over the same; a fact that should be recognized by the relevant intellectual property policies and legislation (Mushita and Thompson 220). Taking away of the natural resources, undermines their rights and the fact that part of their wealth is stealthily taken without their knowledge and consent. The case is made even worse with the acquisition of property rights by the companies at the global level. As noted by Mushita and Thompson (16) biopiracy also hampers their continued use of their own resources.

In some cases, scarce bio-resources are heavily harvested by the corporations or even the governments for manufacturing purposes which denies the local community adequate access and use of these resources. Vulnerable resources in this category are illustrated by Mushita and Thompson (11) to fall within the category of medicinal plants, seeds and roots. Overexploitation of these plants and their seeds denies the traditional healers effective use in making traditional medicine for healing within the community (Mushita and Thompson 11). Multinational biotechnological and pharmaceutical companies on the other hand, reap huge profits from the manufactured drugs produced using the indigenous plants, at the expense of the local African communities. Indigenous people have the right to also benefit from profits and economic gains made from such developments facilitated by their local natural resources as stated by Mushita and Thompson (224), which however is not usually the case. It also negates the advances made by the traditional body of indigenous knowledge systems in conserving the particular biological resources over the years according to Mushita and Thompson (209).

Free trade has also allowed the introduction of genetically modified organisms that pose adverse effects on the indigenous plants, threatening their continued growth and regeneration. With the ability and capacity to interact freely with the local communities under free trade, companies introduce genetically modified seeds to the local and traditional African farmers, which hamper the existence of some of the biological resources innate to the communities. Genetically modified plants can interact with the indigenous plants through pollination as pointed out by Mushita and Thompson (43) and subsequently alter their natural state that existed before the introduction of the new species.

The book provides a clear illustration of free trade and its operations at the global stage, as well as its impact at the community level. Without government intervention, free trade provides lease to economic exploitation of biodiversity owned by the indigenous communities of southern Africa though biopriracy and acquisition of intellectual property rights of the same at the global level, consequently denying the real owners any rights over their use. As noted by the authors, much needs to be done in ensuring the local communities have their indigenous resources protected from possible adverse effects of economic globalization and its trade policies providing leeway for their exploitation.