An Essay on the Principle of Population 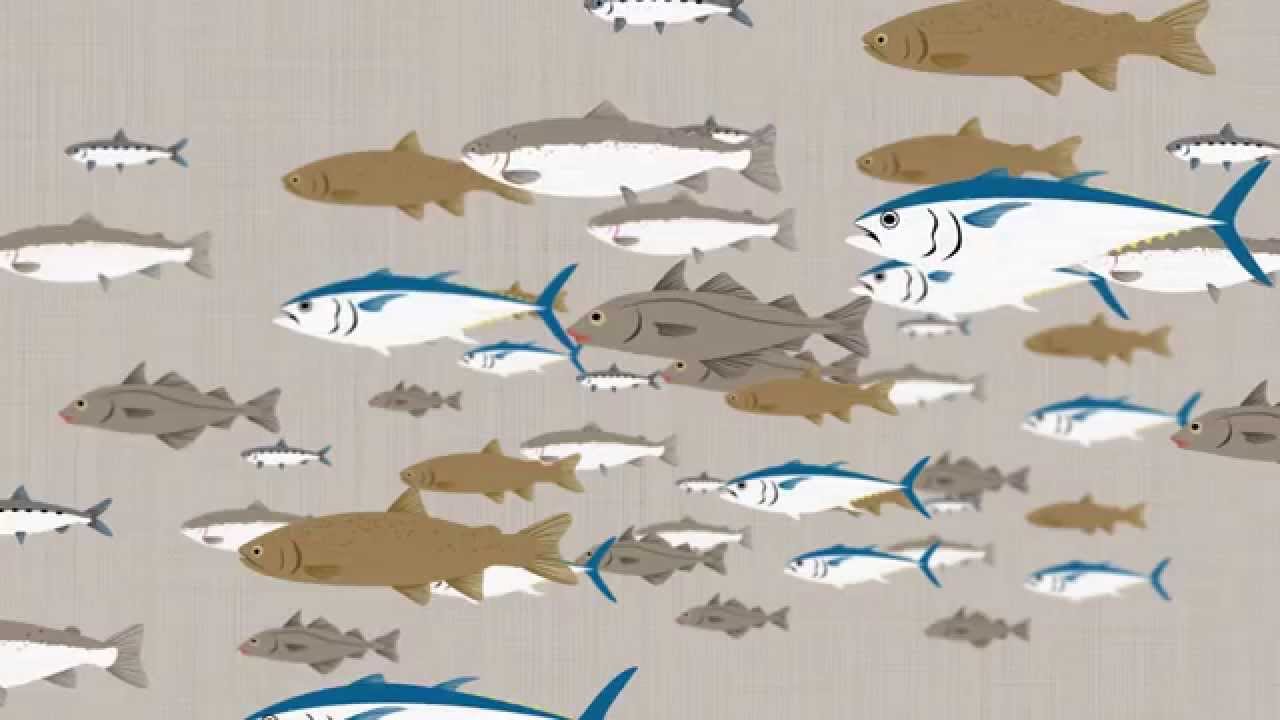 Malthus, of course, is best known as the author of a work on the dangers of population growth. Thomas Malthus is one of pessimist of population who saw population growth as addition in consumption with the natural resource ‘land’ kept constant and therefore predicted that one time the world will come into a standstill when all the land will have been put into use and therefore no more for the addition population and also for sustaining the then population as he argued that population grew geometrically, and food supplies grew arithmetically I.e.  Population grows 2,4.6… with food supply growing 1,2,3… Population growth is connected with economic growth, and it should not be surprising that Malthus and his followers were pessimistic about growth in general. But, in his arguments against Smith’s optimistic conception of economic growth, he put forward two of the concepts which are central to modern economics. These concepts are: unemployment, diminishing marginal productivity.

If we for example take land as a natural resource, its clearly evident that as population growth is widening out with each phenotype bringing forth another phenotype with land ownership reducing to plots. (Malthus. T, 1798) According to Malthus, production requires land as well as labor. Population growth increases the labor supply, but not the supply of land. Labor is a variable input in his long run, and land is a fixed input and according to the principal of diminishing Marginal Productivity; as the quantity of the variable input increases, the marginal productivity of the variable input declines. Moreover, as it is clear the principal of diminishing marginal productivity, it is the marginal productivity of labor that determines the wage. Therefore, as population grows, the marginal productivity of labor and the wage decline. Malthus thought this would continue until the wage is pushed down to “subsistence” or ‘hand to mouth life’ That is, working people would be able to earn only enough to support their families and reproduce themselves, on the average, and no more either for larger families or for other indulgences.

Due to this land which is the main natural resource will not be able to employ the increasing population leading to unemployment due to  over utilization and hence will cease to be productive  this cuts the argument that growth could be a virtuous circle and replace it with a vicious circle of population growth, and, ultimately, bring it to a halt in a “stationary state” of general poverty.

Thomas Malthus (1978) published his theory of population “An essay on the principle of population”. Species that have reached the extinction threshold and are on the verge of extinction – beluga whales, African elephants, mountain gorillas and the California condor might be classified as nonrenewable resources and once they disappear, there will be no regeneration. For many years this has been the case but the present generation/market is the first one that really became aware of the fact that the human population is causing irreparable damage to the planet-  air, water and soil of the planet and to its biological resources. Ours is not the first generation to do damage to the planet, but we are the first to realize the extent of the problem.

Ours is the only generation that is doing a lot to prevent a massive loss of biological diversity. Huge losses have already taken place and we will have to make major changes in the way we treat the planet if we are to save it in anything like an intact state.

Michael J., (2006) If we are lucky, according to the measures the present market is taking ours will be the first generation in which the main principles guiding our governments will not be economic and political systems, but will be learning to live on the planet without destroying it: learning to live, work, grow food, trade, and develop a sustainable way of life that serves the continuing needs of our descendants, and the other species present on earth, as well as ourselves.

It is in this current generation that we have received many acts and legislations e.g the Marine Mammal Protection Act of 1972 which states , ‘certain species and population stocks of marine mammals are, or may be, in danger of extinction or depletion as a  result of man’s activities; such species and population stocks should not be permitted to diminish beyond the point at which they cease to be a significant functioning element in the ecosystem of which they are a part, and, consistent with this major objective,  they should not be permitted to diminish below their optimum sustainable population level; measures should be taken immediately to replenish any species or population stock which has diminished below its optimum sustainable level; there is inadequate knowledge of the ecology and population dynamics of such marine mammals and of the factors  which bear upon their ability to reproduce themselves successfully; and marine mammals have proven themselves to be resources of great international significance, aesthetic and  recreational as well as economic.’

USFWS ESA (2004) The U.S. Endangered Species Act of 1973 (ESA) is the most far-reaching wildlife statute ever adopted by any nation. The National Academy of Sciences has issued a detailed report on Science and the Endangered Species Act. Unlike previous legislation, the act was not designed to protect only those species that were economically useful or potentially useful to man; it is based on the idea that species are of “aesthetic, ecological, educational, historical, recreational and scientific value to the nation and its people”. The ultimate purpose of the Endangered Species Act is to bring about the recovery of endangered and threatened species. The Supreme Court has interpreted the act to mean that the value of species cannot be calculated, and that listed species should be protected whatever the cost

With all this evidence and the Condor reintroduction project to change the bird’s status from “endangered” to “threatened” is a clear evidence how the present market is concerned with the extinction which of our  wild animals and more so the whole environment as a whole.

Brown, John Prather (1973) Coase Theorem is a legal and economic theory that affirms that where there are complete competitive markets with no transactions costs, an efficient set of inputs and outputs to and from production-optimal distribution will be selected, regardless of how property rights are divided. Coase theorem asserts that when property rights are involved, parties naturally gravitate toward the most efficient and mutually beneficial outcome. It should be argued in the favor of the property which  has less moral hazards to the public and is more beneficial not only to the private owner but to the state as a whole.

Concerning the Miller vs. Shoene (in the US), where a classic conflict of property rights was featured. Red Cedar Trees, only used for ornamental purposes, carried a disease that could destroy apple orchards within a radius of 2 miles. After this case was introduced to the court it ceased to be a private case between the two but turned into a state matter in which the decision made influenced each cedar and apple orchard’s farmers.

Gjerdingen, Donald (1983) Comparing the benefits from each of the properties the apples stand to be more beneficial to the state than the just ornamental cedar tree.  So according to the coase theorem, the harmless red cedar trees could, be cut down without compensation to their owners because the cedars were alternate hosts to a parasite that damaged nearby apple trees. It is without any compensation, as addition compensation could mean more cost to the already hazardous property and also it is stated in the coase theorem that the bargaining should be costless so as not to influence the decision making, which means that the question of compensation should not come into mind but what should only be considered is only the economically beneficial product and less hazardous to give the properly rights.

There has been a growing movement to remove dams where the costs – including environmental, safety, and socio-cultural impacts – outweigh the benefits – including hydropower, flood control, irrigation, or recreation – or where the dam no longer serves any useful purpose. Heinz, Center (2002)The goal of removal can be multi-faceted, including restoring flows for fish and wildlife, reinstating the natural sediment and nutrient flow, eliminating safety risks, restoring opportunities for whitewater recreation, and saving taxpayer money. Because dams and rivers vary greatly, physical removal strategies and techniques may also vary on a case by case basis. Generally, the process involves drawing down the reservoir, potentially removing the sediment built up behind the dam, removing the structure, and mitigating for downstream effects of increased flow and sediment re-suspension. Techniques may include the use of controlled explosions and heavy demolition equipment. The decision to remove a dam is made by varying entities, depending on the regulatory oversight of the dam. In most cases, the dam owner itself is the decision-maker, often deciding that the costs of continuing to operate and maintain the dam are more than removing the dam. State dam safety offices can often order a dam to be removed if there are major safety concerns. The Federal Energy Regulatory Commission can order a hydropower dam under their jurisdiction to be removed for both environmental and safety reasons.

There are many cost involved in a dam removal according to where the dam is situated, the height of the dam and the overall use of the dam. The cost vary from direct dam Removal Cost, Transportation cost and the cost of shifting to another alternative source of energy among others.

The cost involving the direct removal cost can be estimated by considering the machines that will be employed in the removal of the dam ranging from the source of energy by the machines and the high quality personnel required in the operation.

Loomis, J. (1996)The other cost which are directly looked down upon range from; Recreation and Tourism, Transportation, Water Supply, alternative source of power among others.

Transportation costs are the costs for commodities which may be currently transported by the water in the dam because this may mean shifting to other different means of transport like rail transport and others so these opportunity cost can be greatly put into account in estimation of the cost of a dam demolition.

Also breaching the dams would directly affect the operation of river pump stations and wells used for irrigation and other activities. So in a dam’s deconstruction cost estimation this should be put into consideration as there will be a cost of installing other water supply.

The other kind of cost to put into consideration is fishing where there could be changes in the commercial and ocean recreational fish harvest, this is so because it could be very easy to harvest fish in a dam where they are confined together and also there is ease of feeding the fish for a bumper harvest.

Battelle Memorial Institute.(2007)The final cost is the implementation/Avoided Costs which should include all project-related in construction and acquisition costs and OMRR&R costs.  The major categories to put in consideration here are: Construction costs for breaching the dams, including wildlife and cultural resources protection and mitigation of the dam, Interest during construction, OMRR&R costs associated with new fish-habitat improvement projects, such as the purchase of water.