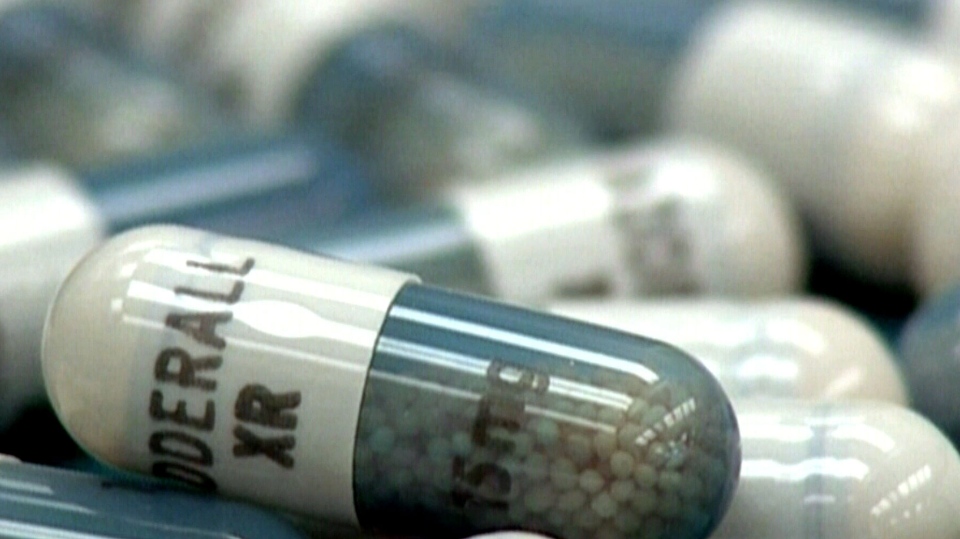 Adderall is a drug used for treatment and control of attention deficit hyperactivity disorder (ADHD) and narcolepsy. These are neurological disorders that affect both adults and kids similarly. The drug controls impulses, distractions and causes sluggishness. It enhances the level of brain activity in the user increasing the amount of concentration for long periods of time. Until recently, doctors and medical practitioners were prescribing Adderall as a cure for obesity, but obese patients are no longer offered Adderall as a cure (Moore 38-39). Students in colleges have reported cases of inability to concentrate in their studies in the hope that they might get their hands on this concentration-enhancer. As a result, they have been improperly diagnosed with ADHD and have started to use this prescription drug for recreational purposes to enhance their concentration capabilities especially during the time they are about to sit their exams. The use of this drug by students at the time of examination and during their assessment has become a common issue in colleges and universities worldwide (Morris C-). We should ask ourselves, “Is the use of such a brain-enhancer beneficial or is it harmful?”

Research has shown that Adderall affects certain parts of the brain which are responsible for the task of executing the mind’s decisions. If this part of the brain, known as the frontal cortex, fails to execute properly, then the person experiences a lack of focus and inability to finish a task or concentrate on the task at hand. Adderall produces a certain neurological stimulant known as dopamine, which inhibits the re-uptake of a certain neurotransmitter known as dopamine into synapses of the transmitting neuron and stimulates its uptake into the subsequent neuron. The user experiences increased awareness and focus from the increased and enhanced flow of dopamine in his/ her frontal cortex (Menhard 56). Psychologists warn that the use of Adderall may result in dependence on the drug. Though students use it on rare occasions, they are oblivious to the harmful effects of the continuous use of Adderall. Such rare occasions are before a major exam, or when covering large assignments. This certainly raises questions like, “could the use of Adderall result in addiction?”

Scientists have proven through studies that brain disorders can be treated with amphetamines, but the results of using such powerful stimulants in the brain are still unclear. It could result in an array of unexplained complications, but only studies can prove that.  A perfectly healthy brain experiences an upsurge of concentration, single-mindedness, and motivation when put under the influence of Adderall (Blank). It is this effect that rejects any attempts to disrupt the reasoning, planning and application process of the brain. Any attempts to distract a person under the influence of Adderall may cause agitation to the user. A propelled urge to accomplish the task at hand may even hinder alertness to occurrences within the user’s precincts. This may put the user at a risk from external sources due to a rigid focus. The drug obscures the user’s mind from creativity and attempts to alert him/her of anything besides his/her interests at the time. In other words, the mind manages to keep rogue thoughts at bay with regards to concentration (Blank). Psychiatrists have, however, argued that the intake of Adderall in small doses in a sporadic manner is not likely to cause an addiction. Upon such realization, one may wonder, “Is there any harm then in taking the pill once in a while for the sake of studies?”

Scientific research on the use of amphetamines can help us to verify or reject these findings. Scientists believe that drugs classified as amphetamines stimulate the users’ minds just as they would for ADHD-afflicted patients. Most students fake their conditions when they visit the doctor’s office in order to get diagnosed with ADHD. The students rarely keep in mind the possibility of addiction to Adderall. Along with the likelihood of addiction are a couple of side effects, which come along with the use of Adderall. The complications which exhibit themselves in students who use the drug for recreational purposes, are fast heartbeats, feeling woozy, fainting, serious headaches, lightheadedness, fuzzy vision, chest aches, numbness, convulsions, delusions, motor tics, an increase in blood pressure, sleeplessness, reduced desire to eat, dehydration and weight loss. We realize that the use of Adderall is harmful in a couple of ways (Moore 174-178). It is, therefore, not advisable for any student to risk the countless complications which come along with the use of Adderall for the sake of passing an examination. Furthermore, we know the drug inhibits creativity in the user due to the rigidness in thought processing. It is, therefore, detrimental to use Adderall for the short time one is in college as compared to a lifetime of creativity and open mindedness. One reason why a student would consider using Adderall, in spite of the risks involved, is for the sake of handling the scholarly articles which his/her  instructors request within a limited time. I believe that if a student prepared on time for his/her studies and exams, he/she would not find it necessary to use Adderall to improve his/her performance and concentration (Stark). It is, therefore, a factor to consider for a college student that the drug may harm him/her in the end, despite the harmless intentions when engaging in its abuse.

I realized certain things upon looking into the facts and details of Adderall. I realized that Adderall is a harmful drug, though used casually by college students to boost their grades. If I were to place myself in the shoes of an anxious student wishing to recover from a plummeting GPA and unprepared to sit a main exam, I would probably feel the urge of swallowing the smart-pill. I often find my self thinking, “Would I feel tempted to engulf a smart pill if I had access to it?” “Would I swallow the pill in order to pull an all-nighter studying at the last moment?” I also wonder how fast I would accomplish reading and compiling my final paper for this course had I been on the drug. In a way, I believe that I would probably pass my exams, and maybe I would even compile my paper faster than I usually do. Even then, I know it would not be the right and fair thing to do.  Besides, I believe that I am perfectly capable of focusing on a task without seeking drugs for it. I also believe it would be as unfair of me to abuse Adderall in college as it would be for an athlete to use steroids in an Olympic competition.